As Easter approaches …let us remember! 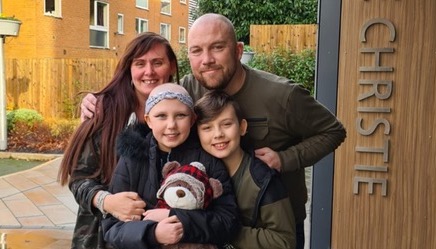 While Covid 19 has been top of most people’s agenda over the past year and a half, for Freemason Chris Brightmore and his family the global pandemic accompanied far greater challenges.

Early in 2020, Chris and his wife Stacey received the news every parent dreads when their then 11-year-old daughter Maddie was diagnosed with a cancerous tumour on her brain. It had all started the year before, when Maddie experienced symptoms suggesting things weren’t quite right. 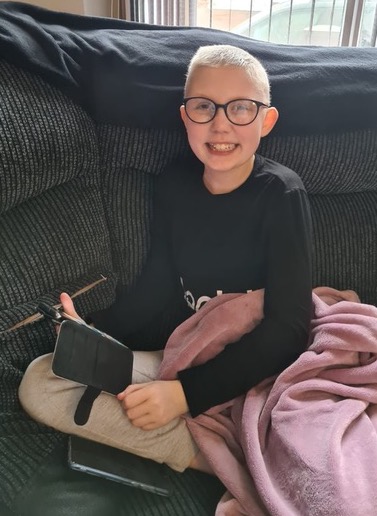 After many tests, Maddie was given an MRI scan in the Spring of 2020 which prompted the shock diagnosis of a brain tumour. An operation was quickly planned but by then, the full eﬀects of the Covid 19 pandemic were impacting the health service and the operation was put back.

The family’s angst was further compounded with news, just weeks before, that Chris’s father – also called Chris – had been diagnosed with throat cancer.

Chris, a teacher at YMCA training, says the family was in shock: “It was a very dark time. We were trying to absorb all of what the experts were saying. We were also trying to process all of the changes brought about by the pandemic. As a school teacher, I didn’t know if I would be able to work or if I would get furloughed.

“Maddie’s younger brother has learning diﬃculties, and we also had to consider his care with the complications of school closures. What with my dad’s illness too, It was hugely stressful for all of us.”

Maddie was ﬁnally able to have her operation where surgeons at Sheﬃeld Children’s Hospital were able to remove ninety percent of the tumour. The remaining growth, too close to the optic nerve to be removed, needed to be treated with chemo and radiotherapy. Again, the pandemic added signiﬁcan’t complications, with only one parent allowed into the hospital at one time. Childcare was diﬃcult and Chris and Stacey needed to take Charlie with them, leaving him with one parent trying to keep him entertained in the car for hours at a time.

Chemotherapy lasted 12 weeks and involved lots of travel and shuﬄing of childminding. The summer came and went, and Maddie was then sent to Christie Hospital in Manchester for Proton radiotherapy. This meant the family was separated for six weeks while Stacey stayed in Manchester and Chris worked from home and looked after Charlie. As if this wasn’t enough, Chris received news that his sister Sarah was seriously ill in Dubai after having a surgical instrument left inside her following an operation.

It’s hard to imagine how any family could cope with such challenges, but Chris says his wife has been immensely strong: “I can’t credit Stacey enough. She’s been amazing.” He adds: “The whole family pulled together and the experience brought us all much closer together. The Freemasons too were hugely supportive. Mick Boulton, Almoner at Astral Lodge in Grimsby and Junior Deacon Nigel Hollington were a constant source of emotional support to me. If I needed to vent, they listened unconditionally. The masonic charity helped ﬁnancially, topping up my lost earnings and helping with travel costs.

“I can’t say enough about how helpful my masonic contacts have been”. If the support network was a big part of sustaining the family, the pivotal moment was Maddie’s ringing of the cancer ward bell in February of this year, signifying she had been given the all-clear.

The news has just kept getting better with Chris’s dad given the all-clear after successful treatment at Lincoln County Hospital. He was able to travel to Dubai to be with Daughter Sarah, now recovering from her operation.

Chris says the family is now trying to restore some normality after their grueling year: “Maddie still has some health issues to deal with – but the cancer is gone, so that’s the main thing. She’s now got her smile back and is enjoying school again.” He adds: “This has certainly brought home to us the importance of family. You don’t expect children to become so ill. It’s easy to take family for granted. You ﬁnd yourself asking ‘Why us, What did we do?”

But it’s masonic support that Chris says saw the family through: “Quite apart from the ﬁnancial support, it was the camaraderie, solidarity, and caring of brethren that touched me. It’s very comforting to know that people are rooting for you, even people you don’t know. We even got a message from Dwayne Johnson from the States. Also Gordon Ramsey, Lenny Henry, and many others.

The ﬁnal word goes to the people who helped save Maddie’s and Chris’s dad’s life: “ I can’t thank the NHS enough; the surgeons, the staﬀ and the volunteers, and all while working through a global pandemic. I’m just so grateful to be back together as a family and getting back to some form of normality.”