The past and the future were united in style when Lincolnshire made its contribution to the UK tour being made by Lifelites charity Chief Executive, Simone Enefer-Doy. She’s almost at the end of nationwide donation-collection marathon in which she’ll visit all 47 Provinces in a 2,500-mile round trip in just 14 days.

The Lincolnshire presentation of £10,000 took place at the Gordon Boswell Romany Museum in Spalding, which represented one part of ‘the past’. The second part being the 1937 Hudson car of Provincial Almoner John Grimwood, who used it to whisk her off on the next stage of her Day 12 journey en route to Norfolk, Suffolk and Cambridgeshire.

‘The future’ is the lives of young people in every children’s hospice in the UK, all of whom are supported by Lifelites. The charity, based in Great Queen Street in London, provides specialist entertainment, educational and assistive technology packages to more than 10,000 children and young people with life-limiting, life-threatening and disabling conditions.

The Lincolnshire donation was presented by Provincial Charity Steward Bruce Goodman. He said: “We are especially grateful to the Boswell family not only for opening their museum especially for us, but also for making their own personal donations to Simone’s fundraising efforts.”

Simone’s journey has taken her to many different locations across the country, but none more unusual than the Romany Museum. She said: “On behalf of Lifelites and the Boswell family I’m grateful for the support shown by way of the generous donations which will fund much needed equipment for children in hospices.”

The Gordon Boswell Romany Museum at Spalding is home to a large display of Romany ‘vardos’ (gypsy caravans & carts) which are beautifully preserved and presented. 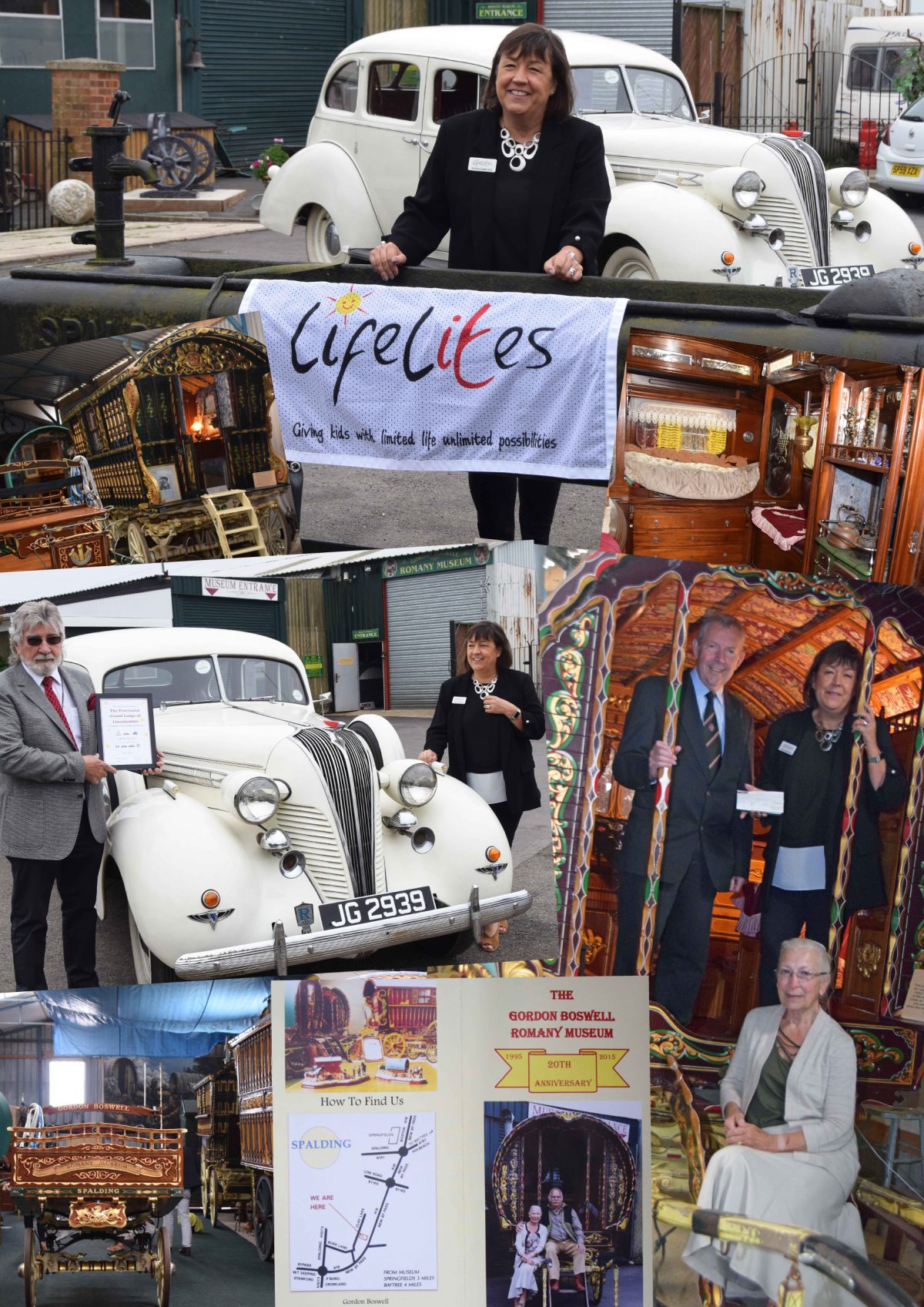