New Grand Secretary to be invested at tomorrow’s QC meeting 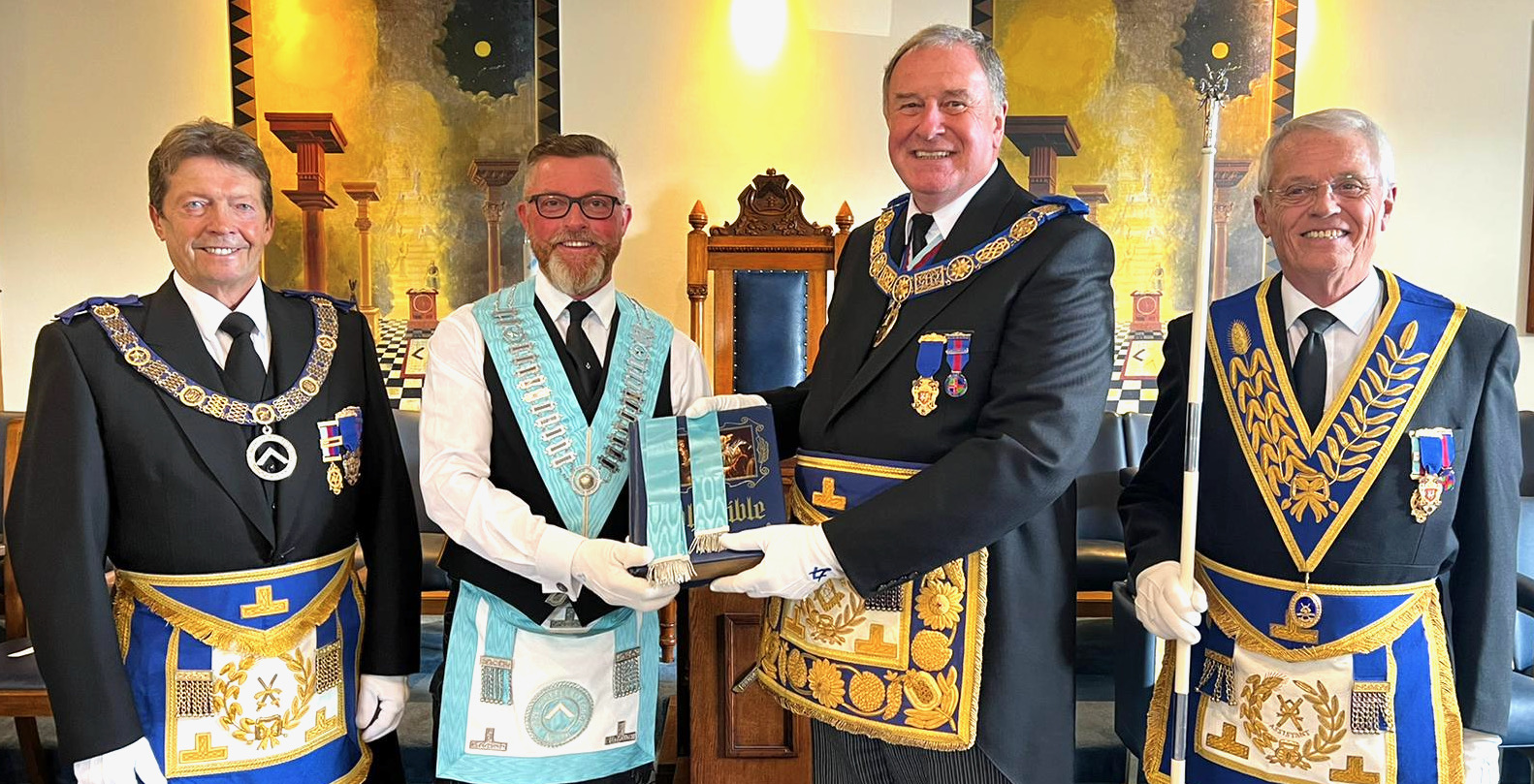 A man whose military service was so secret that his files have been sealed until 2046 is to be remembered at every meeting of Lincolnshire’s Free Wheelers 9991 Motor Cycle Lodge.

He was Harry H. Brownhill, a Freemason for Birmingham, whose memory is being preserved thanks to the donation of a Bible by his grandson Rob, of Sleaford’s Daedalus Lodge, who intends to join the Free Wheelers.

The connection is motorbikes, since Brownhill senior worked for BSA after WW2. Rob explained: “He twice lied about his age to be able to join the army. Having been born in Birmingham in 1901 his first lie was in 1916, when he joined the Royal Warwickshire Regiment.

“He served throughout WW1, and after demob worked for an engineering firm in Birmingham.  Little is known of his life between the wars, though we know he joined a Lodge in the city during the time.

“In 1939 he lied about his age again, and re-joined the Warwickshire Regiment.  He was captured, but managed to escape, and got home. Returning to the army, he was captured again and spent the rest of the war in a POW camp.

“During this time, he was set to work on German vehicle repairs, and he often said, ‘If you are going to break something subtlety, you need to know how it works.’ He often wondered how many staff cars and troop trucks got less than 100 miles before seizing up or going bang!

“After WW2 he returned to Birmingham, found work at BSA motorcycles, and resumed his Freemasonry. He retired at the age of 65 and sadly passed away in 1977.

“He was a man of great humour, some anger, and a love for imparting knowledge. To know that he is being remembered in a Lodge would make him so proud,” he added.