Forty seconds that are set to impress: What the Freemasons’ charity the MCF has done in the last five years

Some of Lincolnshire’s motorcycling Freemasons plan to leave their motorbikes in the garage and turn to pedal power for a 100km fundraising ride on Sunday May 9th.

Affiliated to the Free Wheelers Motorcycle Lodge, they plan to ride 100 kilometres to raise money for #Lincs2025, a five-year fundraising drive aspiring to raise £2.25m for the Freemasons’ charity the MCF.

The ride will be a finale to the Free Wheelers’ Race For The Festival 2021, an initiative combining fitness and fundraising in which they’ve challenged entrants to set themselves targets for distances travelled using muscle power alone.

Co-ordinating the final ride for the Free Wheelers is Andy Bagworth, who said: “They say Lincolnshire is flat, but we’ve managed to create a challenging 100km route with 2,000 feet of ascent, up and down the rolling hills of the Lincolnshire Wolds. We intend to call at Masonic centres in Spilsby, Skegness, Alford, and Horncastle on the way, and we’ll be covering the route with motorcycling outriders – as well as a backup vehicle just in case, though we hope we won’t need it.

“We’d be delighted to see anyone who’d like to cheer us on, or be at one of the Masonic centres to say hello, and hopefully pop some money in one of the collecting buckets. And if anyone would like to join us to ride all or just part of the route, we’d be happy to welcome them along too.” 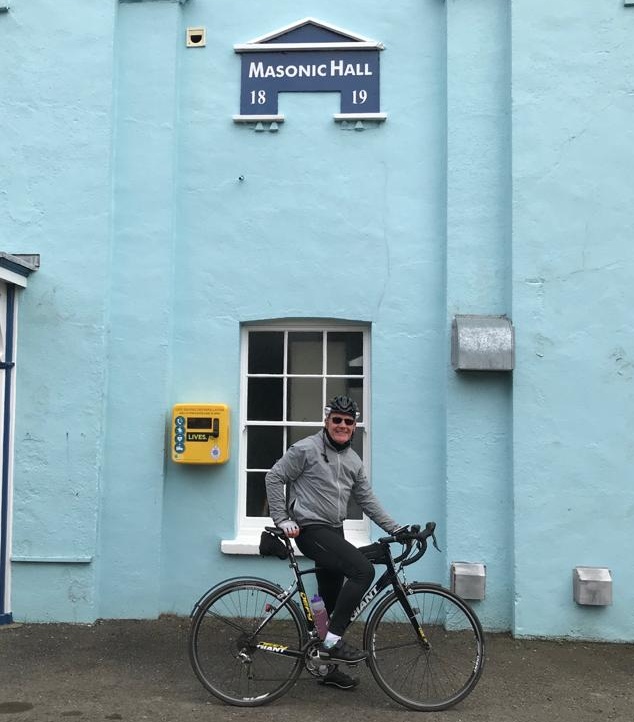 Andy is also calling for involvement from fellow Freemasons, and has written to each of Lincolnshire’s 74 Lodges seeking support. He added: “But you don’t have to be a Freemason to support the event; you can join us for the ride. Perhaps you’ve considered becoming a Freemason; chatting to us during their ride, or at one of the stopping-off points, might help you to discover more about us and what we do. We’d be happy to see you.”

Information about making donations is available on the members area of the Lincolnshire Freemasons web site here.