Sharing knowledge of the Royal Arch – Secrets of the Principals’ chairs 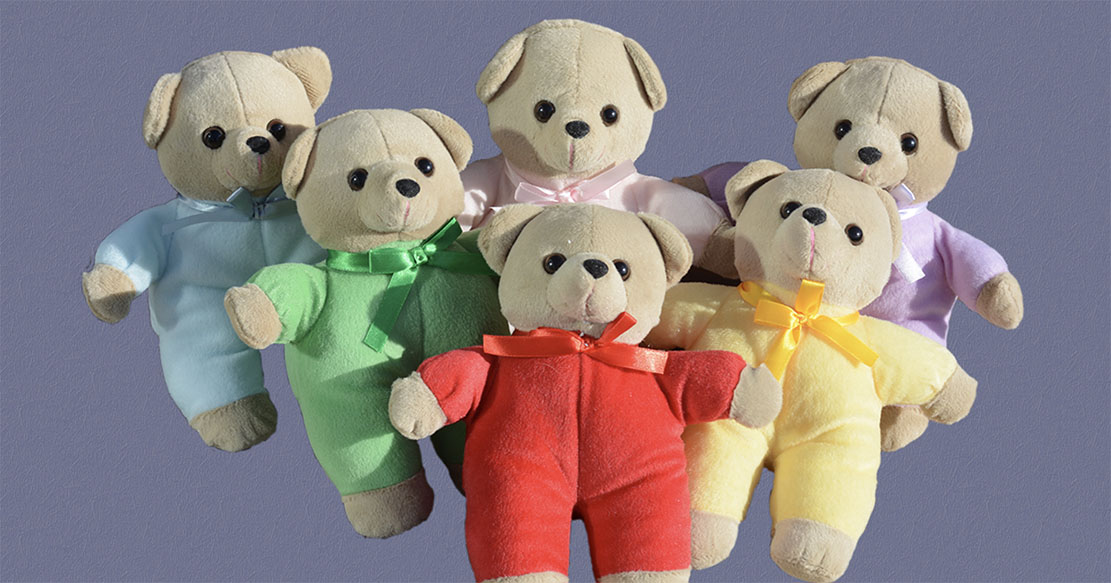 A teddy bear given to a Lincoln youngster in the hospital’s A&E department has proved such a support that his parents have taken the trouble to write to us to say ‘thanks’.

A letter addressed to the Nightingale Rooms, our Lincoln HQ, said their son had needed emergency treatment when he nearly severed his finger. It said: “As we walked in a gentleman had a bag of teddy bears and he very kindly gave us a lovely teddy to cheer my son up, and he said the bears had been given by the Freemasons.” The full text of the letter is below.

The bear has moved into his son’s bed and has accompanied the boy on subsequent hospital visits. It was given under the national Teddies for Loving Care scheme, which has passed on about 3.5 million bears to children in similar circumstances. 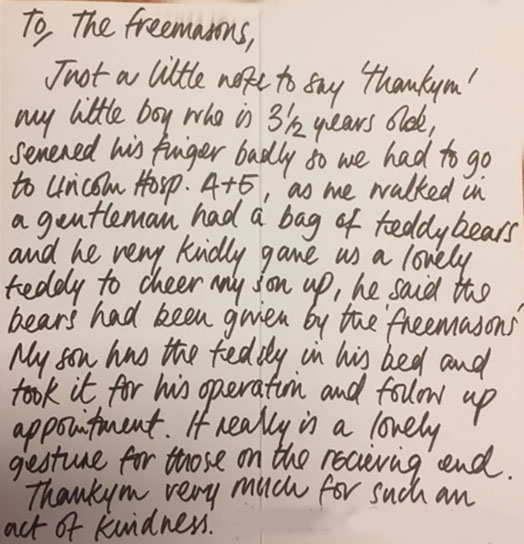