Rediscovered Masonic essays come back into the fold 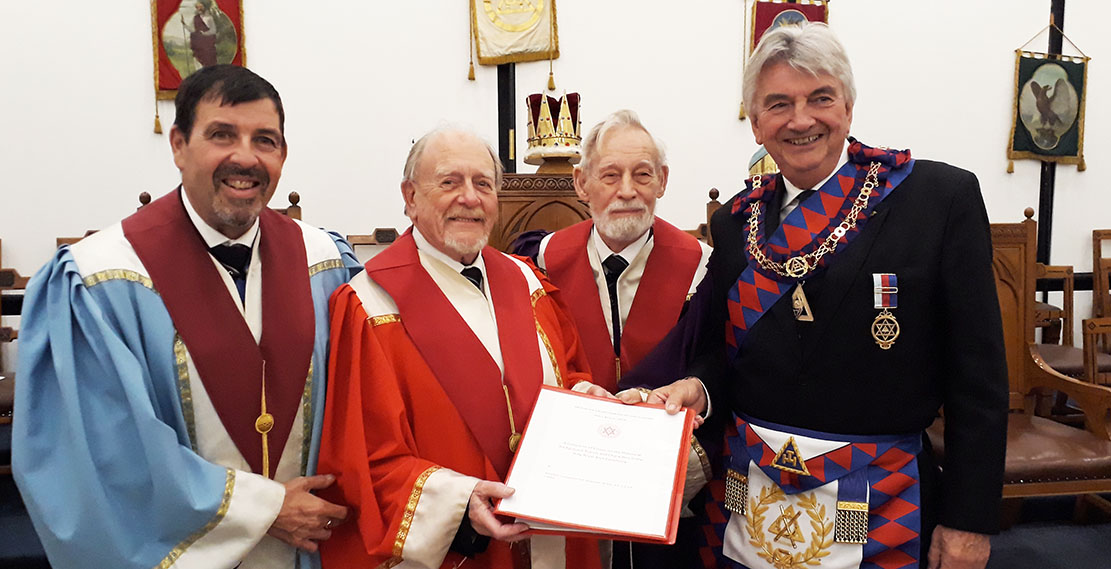 A series of essays written about twenty years ago by E Comp D K Robinson of Grimsby’s Oliver Chapter 792 have become part of the Solomon repository of Masonic knowledge.

Their ‘rediscovery’ and the efforts of Mike Rix, the Provincial Second Grand Principal, have seen the hand-written work re-created in electronic form and adopted as part of the Solomon web site. Mike was able to present hard copies of the essays to Companions at a recent meeting of the Oliver Chapter.

Chapter Freemasons will be familiar with the name of Cyrus, King of Persia – but who was he? One of the essays answers that very question, this and other essays have been added to the Solomon web site and can be viewed in the Seek & Learn: Masonic History section. They are: