MCF gives £63,000 to Lincolnshire to provide friendship in times of crisis

Rediscovered Masonic essays come back into the fold 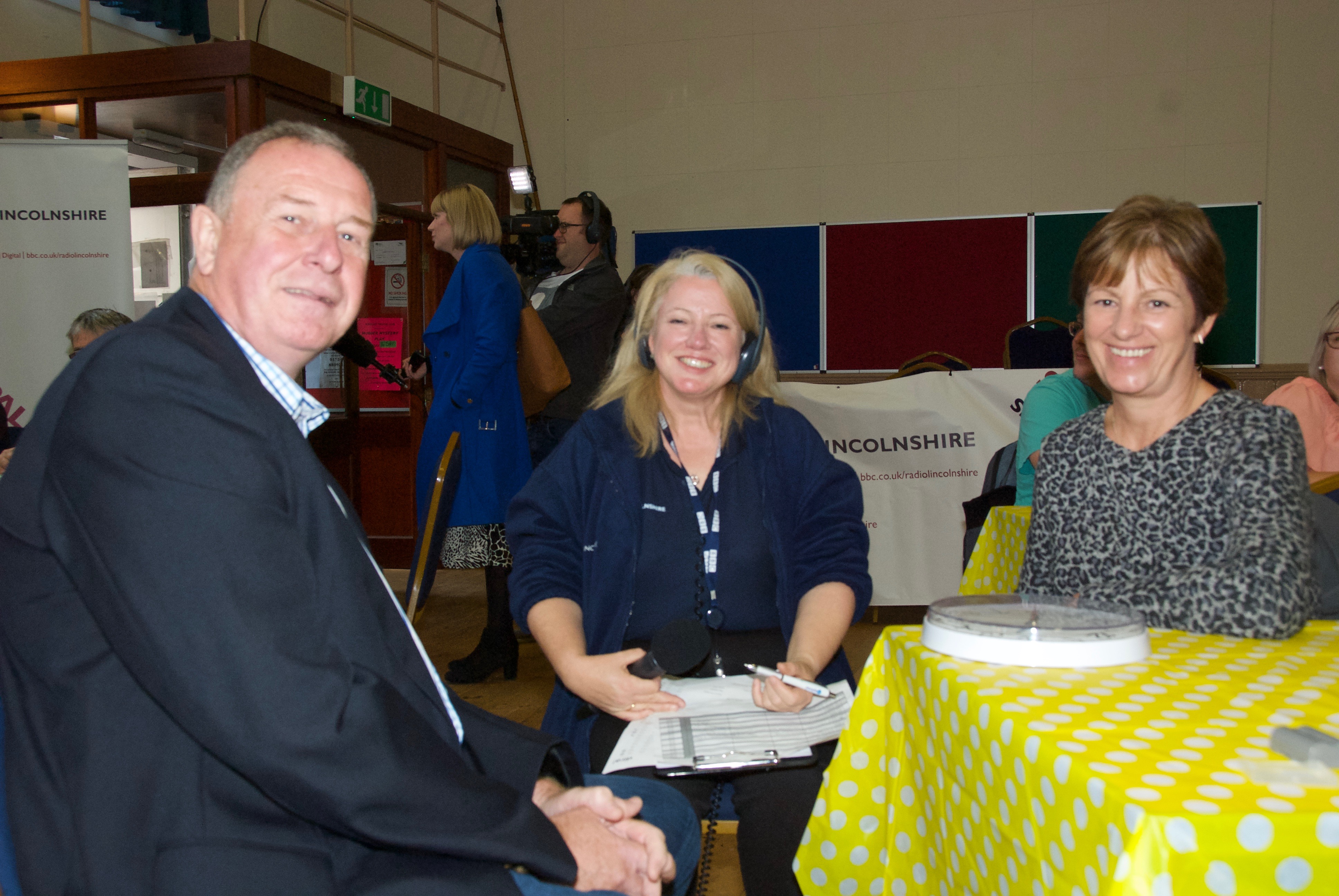 Dave Wheeler and Sue Fortune, right, prepare to be interviewed on Radio Lincolnshire

Just how is the Masonic donation of more than £80,000 to support victims of the Wainfleet floods being used? On Lincolnshire Day PGM Dave Wheeler visited the village and took part in an open day staged by BBC Radio Lincolnshire and the Co-op to find out for himself, and was delighted with what he saw.

After meeting Sue Fortune and James Murphy, Joint CEOs of the Lincolnshire Community Foundation, which is administering the funds and liaising with those who suffered, he and Sue explained to Radio Lincolnshire listeners what had happened since the River Steeping – known locally as ‘The Cut’ – burst its banks. Listen to what they had to say here:

The story in full: Funds given by Freemasons to help victims of Wainfleet’s summertime flooding are being used to good effect in and around the town.

So far more than £55,000 has been given to 61 families whose homes were inundated when the River Steeping burst its banks.

The funds were made of up £25,000 each from the Province of Lincolnshire, The Mark Benevolent Fund, and the Masonic Charitable Foundation, topped up with donations from other Provinces which had also experienced flooding, and understood the need for a sustained response.

And on a Lincolnshire Day visit to the Coronation Hall in the village The Freemasons’ Grand Master for Lincolnshire Dave Wheeler said he was confident the funds were being given to the right people in the right way.

At the ‘sharp end’ of delivery is Sue Fortune, Joint CEO of the Lincolnshire Community Foundation which is managing and co-ordinating the appeal funding. She has met many of the families face to face and said: “Phase 1 involved giving £500 to each home which the water had got in to. Phase2 started at the beginning of September, and is offering up to £1,000 to alleviate specific hardship.”

The money is not being divided equally, says Sue, but is being distributed equitably. “Some people need the money more than others, and some haven’t asked for financial support on the basis they believe others are worse off and need the money more,” she said.

Sue said a face-to-face approach had been made available to support those affected, rather than leaving it to online applications. “As well as needing money, people needed to have someone they could talk to; to feel someone cared. That, and having the Coronation Hall to go to where people could access various support agencies, have been a fundamental part of the success of the recovery process.” Sue freely shared her mobile phone number with the families, resulting in calls as early and 7.30am and as late as 9pm.  She also spent a considerable time at the Coronation Hall in the town, which became a ‘flood hub’; a focal point for residents. Those calls and meetings yielded some tough stories, such as the couple who were due to exchange contracts for a house sale the day after the floods and families who lost everything. “We listened to all the stories, and responded equitably,” she said.

Face-to-face meetings also helped signpost the villagers to people with specialist knowledge who were able to get things done. A grants panel was formed, with Sue as mediator, to offer financial support to help bring Wainfleet back to, as close as possible, to the way it was before the flood. Sue’s fellow Joint CEO James Murphy added: “There was naturally a significant degree of emotional distress. Being here in person provided the reassurance of proactivity; that there was a person they could talk to.”

After meeting Sue, James, and the residents at a Lincolnshire Day get-together in Coronation Hall Dave Wheeler said: “We have been so reassured that the money we have donated has gone absolutely to the right people and the right places. The process we have heard of today is fantastic. All of Lincolnshire’s Freemasons can feel as proud as I do of what’s been achieved with our financial help. I am in awe of the work that’s been done here since the flooding; it’s superb.”