Brethren of Hundred of Elloe Lodge Visit the Lodge of Antiquity 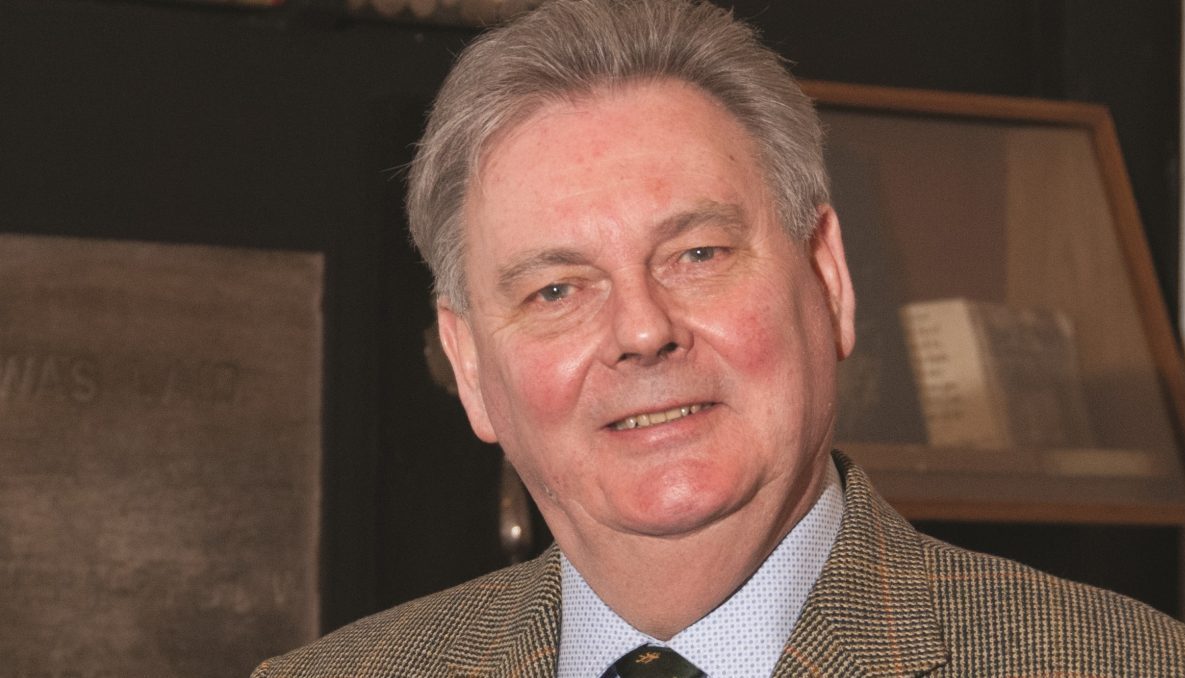 The following is part of an Interview given to W Bro Stuart Pearcey which will feature in the next issue of the Masonic Lincs Magazine.

“I had no idea it was coming,” he said, “and I was of course delighted and deeply honoured to receive it. It was a wonderful feeling.”

However, it was all something of a whirlwind; the letter arrived on the Friday before the Provincial Grand Lodge Meeting, and he was installed as Provincial Grand Master in the June of that year. “I didn’t really know what the role held for me; it was a steep learning curve. For a time I felt like a fish out of water, but I received much support, advice and friendship, and was able soon to become very comfortable with the role.”

That presented a different story from his rise to the role of Grand Superintendent in the Royal Arch, an Office which he has held for as long as he has been Provincial Grand Master. “I had been a member of the Provincial Executive of the Royal Arch for quite a number of years before I became Grand Superintendent; I understood that role more fully, and was immediately at ease with it,” he said.

All of this was a long way from his Initiation into Grimsby’s Earl of Yarborough Lodge on March 15th 1973, one day before his 23rd Birthday.  “Obviously I had no idea that I would one day be Provincial Grand Master and Grand Superintendent. Why would I think that?  Such a thought would have exceeded my wildest dreams.”

But it happened, and in occupying Lincolnshire Freemasonry’s two most senior roles he knew there would be a tremendous amount to do in the years ahead, and he very quickly established a guiding principle which has helped him to do it. “Fundamental to my time in office has been a desire to reach out to every mason in the Province, whatever their rank. Whenever I was on an official visit I ensured that I was talking not just to senior Brethren and Companions but to everyone, and I hoped that what I said and did would be favourably received by everyone whatever their rank, and that they would be interested. I made up my mind not to preach or to dictate, and my hope was always that when I left the Lodge or Chapter all the Brethren and Companions would be smiling and would have enjoyed my presence as much as I had enjoyed their company, from the newest Entered Apprentice to the longest-serving Grand Officer. I genuinely believe that I have achieved that goal.”

As important as that objective has been the part played by the teams around him in making it happen. “In both Craft and Chapter it would have been impossible for Lincolnshire to have achieved what it has without the very capable and dedicated teams I have had the privilege of working with. The support of the Secretariats in both Orders, of the Directors of Ceremonies in both Orders and the Provincial Officers generally has been second to none and has, I feel confident, been behind our considerable successes.”

He said a great many people had helped him, but more importantly had supported the Province. “There are far too many for me to name individually, but the support and friendship of all of them is the thread which runs through everything the Province stands for and has done,” he said. “I couldn’t have done it without any of them. It has been a decade of teamwork, and I am very proud and pleased with everything we have done together.”

Developed and Hosted by Blue R