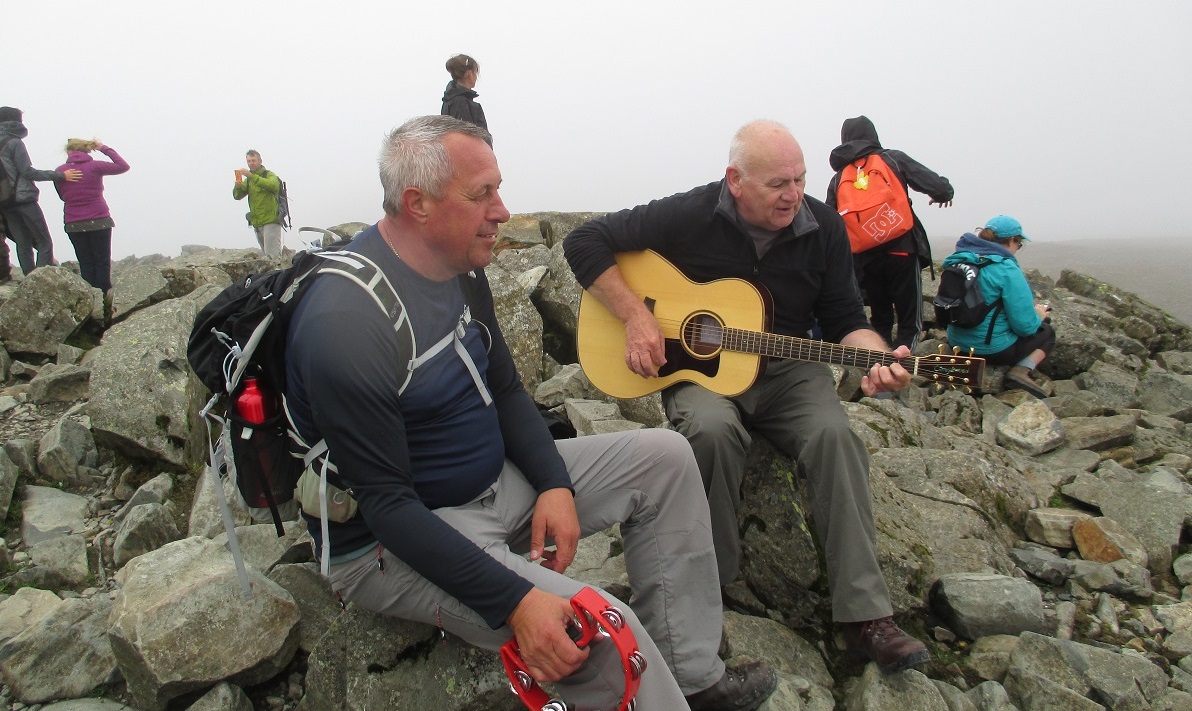 It seemed a good idea at the time. “I want to play my guitar on the top of England’s highest mountain,” said Keith Edwards to Keith Appleton, “And I want you to be my guide and percussionist”. So that was how it all started. The Two Keefs (both members of Astral Lodge No 3841 in Grimsby) formed to play a one-off gig on the top of Scafell Pike in Cumbria. The plan was to raise funds for the Lincolnshire Masonic Benevolent Fund and on Wednesday 1st August they set off from The Wasdale Head Inn, Keith E carrying the musical instruments and Keith A, the safety gear, water-proofs and water bottles.

Keith A is an experienced walker, having previously completed many demanding treks, whereas Keith E is not. Pretty soon into the climb it became apparent that practice walks in Lincolnshire had not prepared Keith E adequately for the 3,200 foot climb. “I must admit that I found it quite tough” said Bro. Edwards, “although the many fellow climbers we came across provided me with lots of breaks whilst I explained why my rucksack was guitar shaped”.

The Keith’s made it to the top and duly played two rock songs, Wishing Well and Fisherman’s Blues, before the cold and damp got too much for their fingers. It was nice to see that the Great Architect laid on some atmospheric dry ice for the gig although it did restrict the view of the beautiful Cumbrian scenery. “When we finished we heard clapping which was very pleasing, until we discovered that it was someone’s Kagool flapping in the strong wind”.

Safely back in the Inn they celebrated with a pint or two having raised £645 for the Lincolnshire Masonic Benevolent Fund.