Brigg Freemasons provide support for CMD from diagnosis to cure 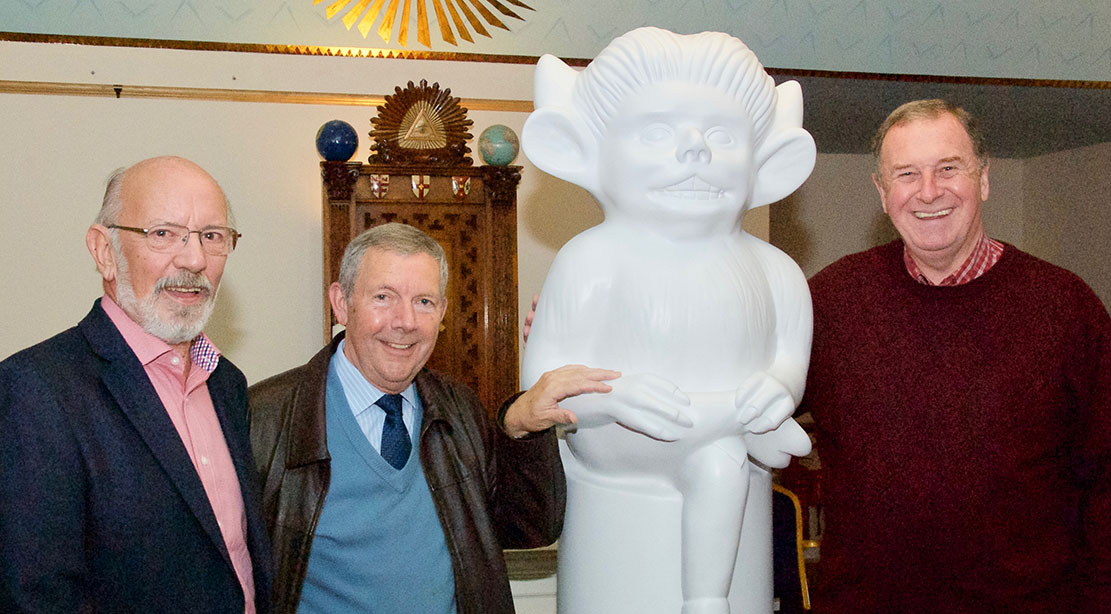 Freemasonry in Lincolnshire will take a higher profile next summer thanks to our decision to sponsor an Imp on the latest trail to be launched in Lincoln – the same year as we embark on our 2025 Festival.

We’ll be sharing the cost with the Masonic Charitable Foundation, and with formal commitment to sponsorship having been made, wheels will soon be in motion to decide how ‘our’ Imp will be painted, where it will be sited, and what information about Freemasonry will be included in a promotional leaflet and an app about the Imp trail.

PGM Dave Wheeler said sponsorship of an Imp was appropriate since the trail, being organised by the Lincoln Business Improvement Group – Lincoln BIG for short – was in support of St Barnabas Hospice, and Freemasonry was a long-term supporter of the hospice movement both nationally and locally.

What’s more, the sponsorship arrangement co-incides with the first year of our next five-year Festival. Dave added: “We were one of the earliest to commit to Imp sponsorship, and we have done so because we believe people aren’t generally aware of the financial support Freemasonry provides to the wider community. It’s time for us to share that story more widely, and as the statistics from earlier trails clearly demonstrate, this is a high-profile way to do it. It’s important to understand that Freemasons’ charities gave almost £400,000 to good causes in Lincolnshire in 2018/19, a contribution to the millions donated by Freemasons nationally – more than £48m in 2018 alone – all from personal donations.

“The public will be able to see, through our own donations and our work with the Masonic Charitable Foundation, that every year Freemasonry gives substantial sums of money to worthwhile causes in Lincolnshire, North Lincolnshire, and North-East Lincolnshire.”

The Imp trail gets its formal launch in the city on July 4th next year, and will be ‘open’ until mid-September. After that the Imps will be auctioned, with the funds being given to the Hospice.

Lincoln BIG Chief Executive Sarah Loftus said:  “We have discovered these types of trails have a huge public appeal.  They attract whole families, create fantastic photographic opportunities and do their bit in encouraging people to get out and about.

“From a business’ point of view, they provide high mileage for any company wishing to take a creative approach to publicising what they do. With previous trails, sculptures have been taken out and about to exhibitions, shows and other events, after a trail has finished,” said Sarah.

“Our previous Trails were runaway successes. They were loved by local families and fired the imagination of visitors from across the globe. The Barons and Knights were constantly being photographed, popped-up in thousands of “selfies” and people globally tweeted about them. Visit Lincoln took a Knight to Kings Cross to publicise our great city and our creative business sponsors took them out and about and used them in numerous publicity stunts/exercises.

“We want to create IMPmania in the city, and we’ve got some great reasons to go for it. Statistics show that the Lincoln Barons Charter Trail in 2015 attracted 210,000 visitors and, at auction, the Barons raised £166,800 for charity. Facebook posts reached 67,694 people and the Barons’ website had more than 88,000 views.