Getting back into gear with Masons & Motors

Charles Jackson with his Daimler DB18; registered new to its first owner at Charles 's current address, and rebuilt from boxes of parts.

More than sixty drivers and friends brought all sort of interesting vehicles to the Province’s first ‘post-pandemic restriction’ event – Masons & motors at Doddington Hall near Lincoln.

From a Morris Commercial post office van to a rescued Russian Trabant via an ultra-rare Citroen Ami, the eclectic mix filled a field at the Hall and raised almost £355 for the #Lincs2025 Festival. Attendees included Don Ford and Paul Dudhill from the Lincolnshire Emergency Blood Bike Service, who brought blood bike Mark Mason. Don said: “It’s thanks to events like this and people like the Freemasons that we are able to continue with this vital service. It’s hard to know how we’d carry on without your help.”
Amongst the attendees were Charles Jackson, Assistant Provincial Grand Almoner, whose Daimler DB18 was first registered to his own address in Cleethorpes, John Atkinson of the East Midlands Classic Vehicle Club, who brought his Citroen Ami 6 estate car, and Tony Schindler, of the Province of Yorkshire West Riding Masonic Car Group, who came all the way from Grassington with his Minor 1000 convertible.
Organiser Dave Gibson has already booked the Doddington Hall venue for next year’s event on July 24th, 2022. Get it in your diary! 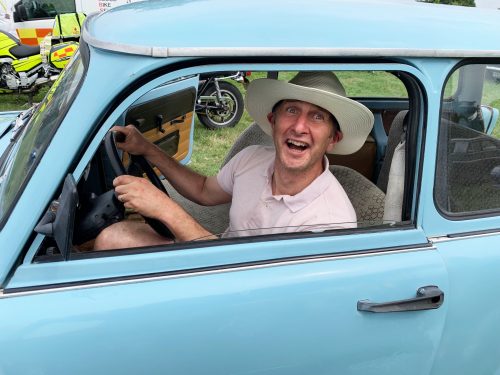 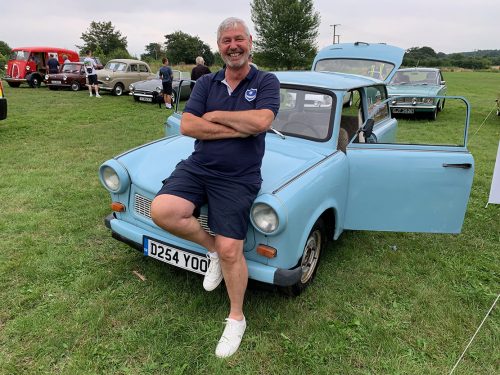 Jason Fitzgerald with his Trabant: “If I start it up, you won’t see the field for smoke…” 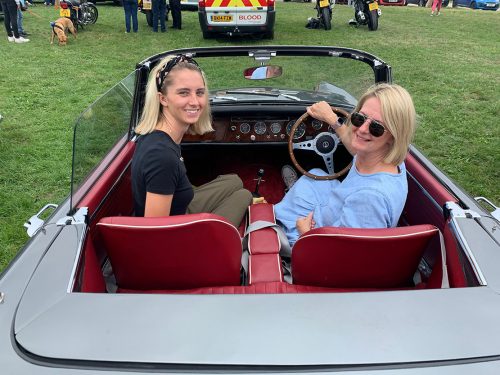 Emma and Lois Fisher from Newark in a Sunbeam Tiger. The family brought that along with two Alpines. A second Tiger is being restored at home. 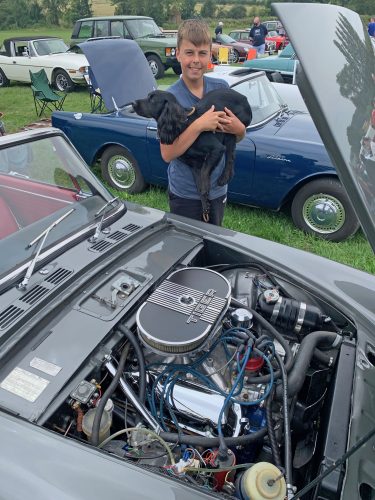 The engine room of the Fisher family Tiger 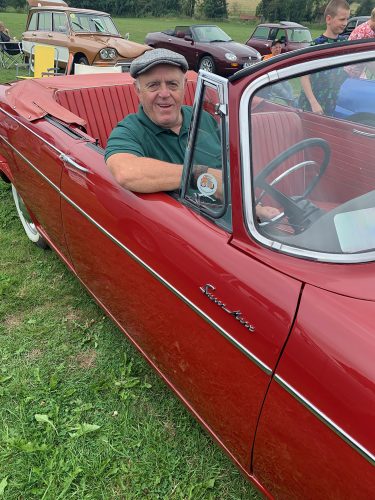 Owen Jenkins from Horncastle with this Hillman Super Minx convertible 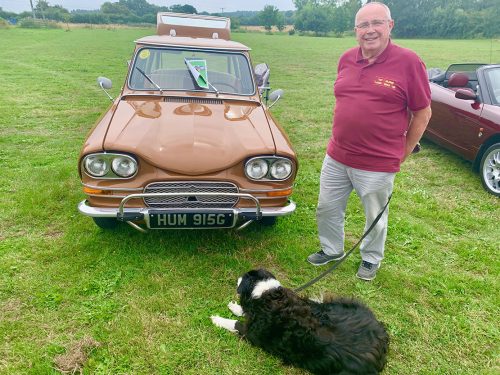 Find another. John Atkinson with his Citroen Ami 6 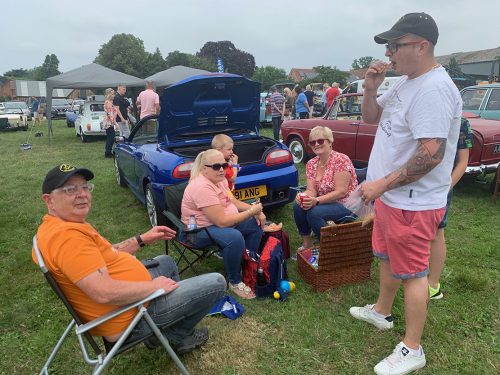 The Bristow family from Louth 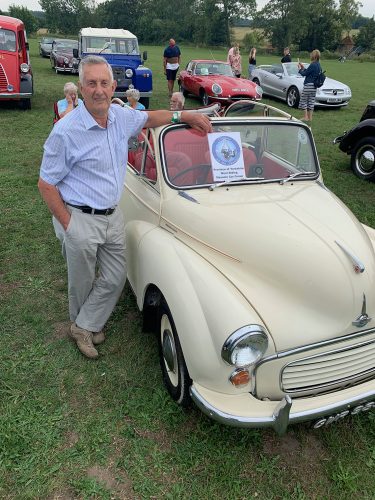 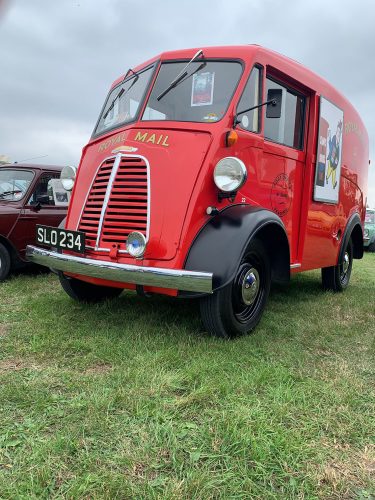 When did you last see one of these? 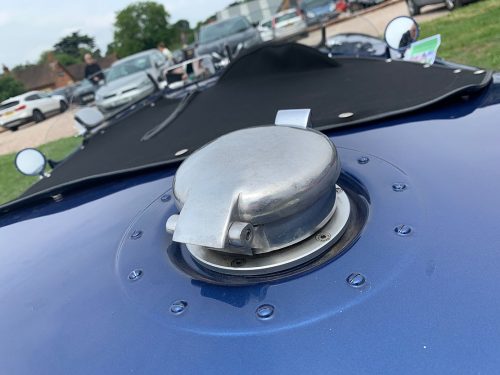 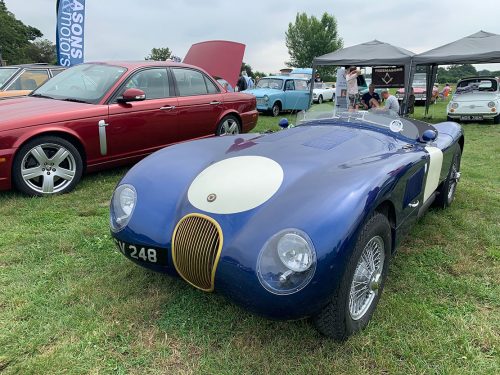 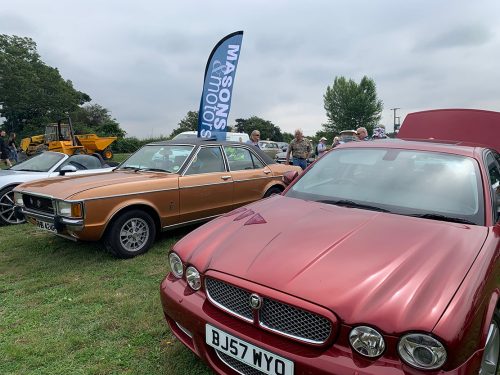 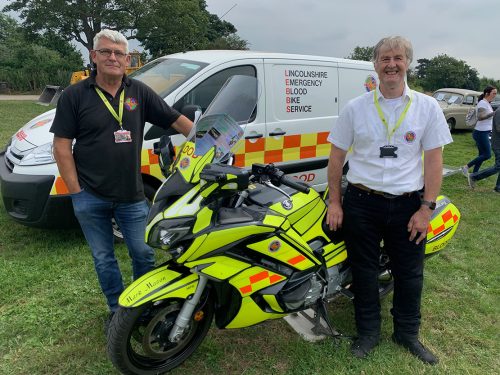 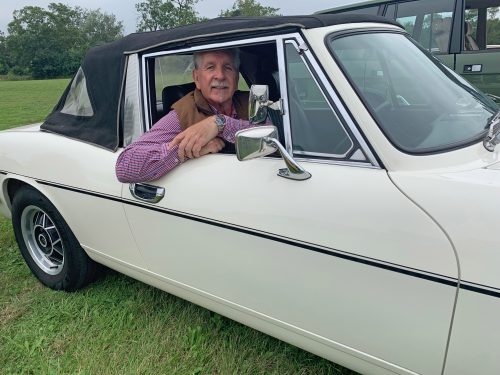 Melvyn Dobbs with his Stag