Landmark concert tickets were gone in a flash!

Cheers! Freemasons try a taste of a county brewing tradition 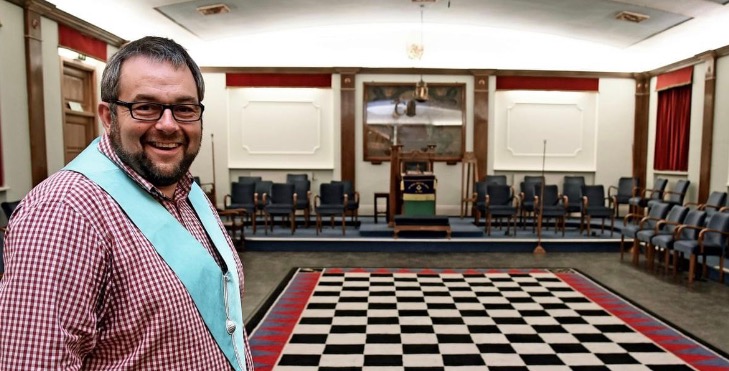 Chris Watkin in the Lodge Room at Grantham

Grantham Freemasons’ Hall on Chambers Street is throwing open its doors to the public for only for the second time in its 84-year history on Sunday 11th September.

Visitors will be able to see all the nooks and crannies of the impressive Victorian building, including the impressive and ornate Lodge room where hundreds of Grantham Freemasons meet each month.

There will also be an exhibition of the hall’s Museum of Freemasonry, which holds some amazing historical artefacts of Grantham and Grantham Freemasonry dating from the late 1700s / early 1800s including 200-year-old year masonic paintings, medals, regalia, and a tapestry.

Chris Watkin, part of the open day organising team, said: “This is also an opportunity for anyone thinking of joining the Freemasons to chat about what Freemasonry is about, what we do, and what it offers the men that join it. Visitors will be able to ask any questions they like about Freemasonry without obligation to join, and we will give you an straight answer.

“No booking is required, entry is completely free between the event opening hours of 10am to 3pm, yet we ask all children are accompanied.”

Freemasonry started in Grantham in 1726, since when has played an integral part on and off in Grantham life for nearly 300 years. By 1791, the Grantham Freemasons were meeting in the George Hotel (where today’s Shopping Centre is). Three years later they moved to the Ship Tavern in 1794, which was at the junction of Harlaxton Road and Wharf Road, which was demolished in the late 1852 and the site became the large railway bridge we know today).

In the following years, the Freemasons meet at the Angel & Royal Hotel, some rooms on St Peter’s Hill, followed by the first floor above the old Grantham Clothing Shop on London Road, ending up at current building on Chambers Street in 1937.