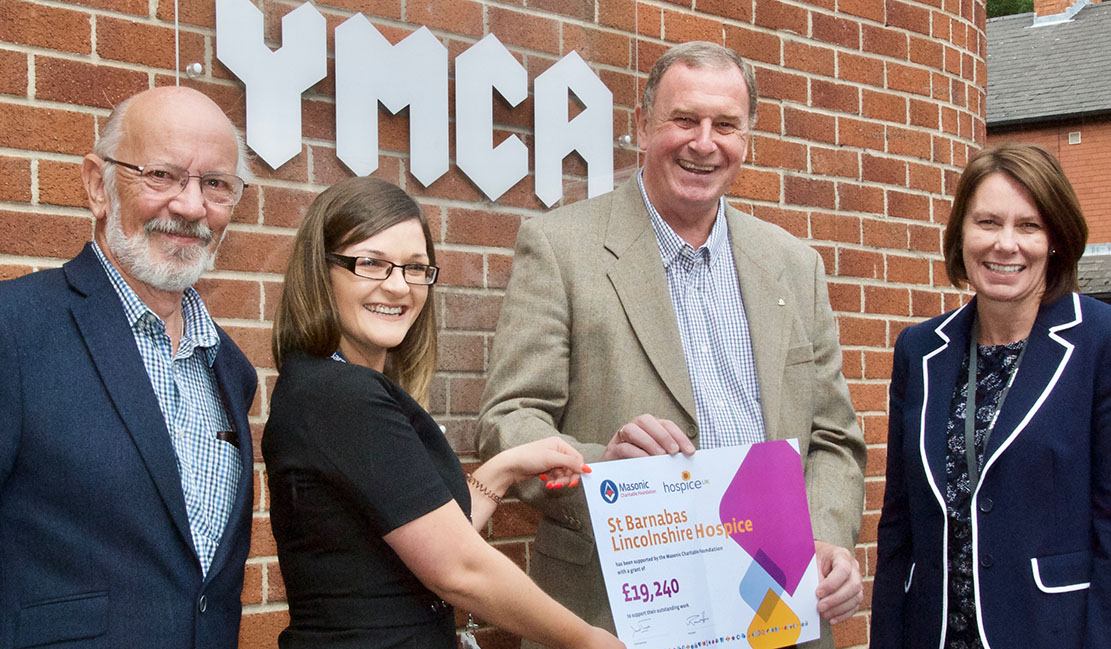 Funded by the Masonic Charitable Foundation and operated by Lincoln’s St Barnabas Hospice Trust and the city’s YMCA, a new project to help the homeless could become the model for similar schemes nationwide.

It’s about a new dimension in the range of services offered by the organisations, and is aimed specifically at helping the homeless to cope with bereavement.

YMCA CEO Caroline Killeavy said working in partnership with MCF support made a signficant difference. The scheme will provide one-to-one specialist counselling to work with homeless people through the difficulties, challenges and emotions that can accompany bereavement.

Although there are no exact figures of how many homeless people in Lincoln are struggling with bereavement, there is research that shows it is a problem on a national scale. Strong circumstantial evidence that indicates it is prevalent in Lincoln.

The YMCA and Lincoln Baptist Church independently contacted St Barnabas Hospice to discuss the problem, which lead to the hospice putting together a bid to the Masonic Charitable Foundation for funding.

Counselling sessions are held at the YMCA hostel in Rumbold Street and at The Nomad Trust’s shelter in Monks Road. Caroline added: “The YMCA recognises people become homeless for many reasons, but one we repeatedly see is bereavement and loss.”

Pete Crosby, Lincoln Baptist Church community coordinator, said: “Bereavement among the homeless community is a reoccurring issue. Without specialist bereavement support these people will not overcome their grief and be able to get on with their lives.”

Cat Rodda is the bereavement counsellor leading the year-long project, and has already seen positive changes in those taking part. She said: “These sessions provide a confidential and accessible space for homeless people, who traditionally haven’t felt able to access the hospice’s bereavement support. We are already seeing individuals start to work through and better cope with their grief and taking steps to move forward with their lives.”

In addition to the counselling, the project aims to provide bereavement training for staff at partner organisations and for homeless peer mentors in order to widen the impact of the project.

PGM Dave Wheeler said: “People can find themselves living on the street for a variety of reasons. Life is already tough enough for the homeless, and the last thing they need is the extra burden of being alone whilst having to cope with the grief of bereavement. The Masonic Charitable Foundation’s donation means that counsellors with the right kind of skills can be available to support them at such times, and I find it reassuring that we have made this wonderful initiative possible.”