Jim gets his head down for speed record attempt

Skegness Freemasons have celebrated the 100th birthday of St Clement Lodge by being presented with a Centenary Warrant by Lincolnshire’s Provincial Grand Master Dave Wheeler. 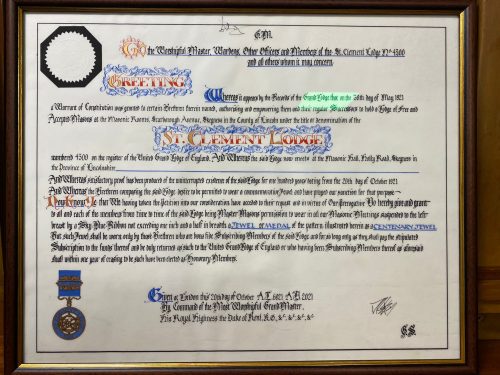 Dave also presented a  Grand Lodge Certificate to Bro Danny Brookes, congratulated Nigel Bacon on having been a Freemason for 60 years, and gave a hand-crafted gavel to the Brethren – a gift made only on such special occasions.
After WW1 Freemasonry had grown in popularity in Skegness, and by 1919 the increasing membership of Lumley Lodge spurred Brethren to form a new Lodge. The warrant of St. Clement Lodge is dated 1st October 1920, and it was issued and signed by the Grand Master HRH Arthur Duke of Connaught and Strathearn. The St Clement Lodge was Consecrated on 20th October 1921 by the Provincial Grand Master Rt. Hon. The Earl of Yarborough when W. Bro. Tom Kitwood, the Deputy Provincial Grand Master was installed as the first master. 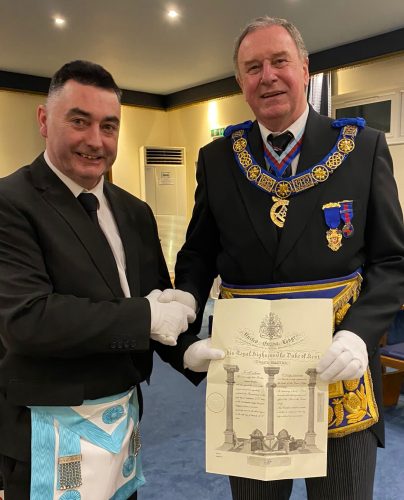 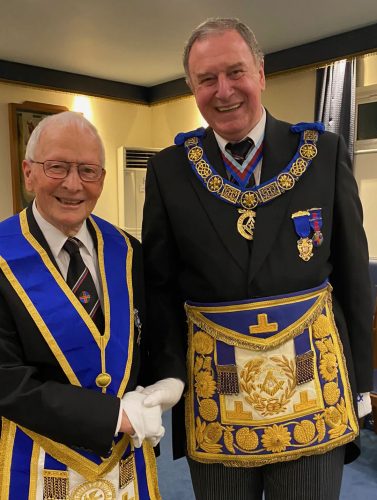 … and congratulations for another for being a Freemason for 60 years!