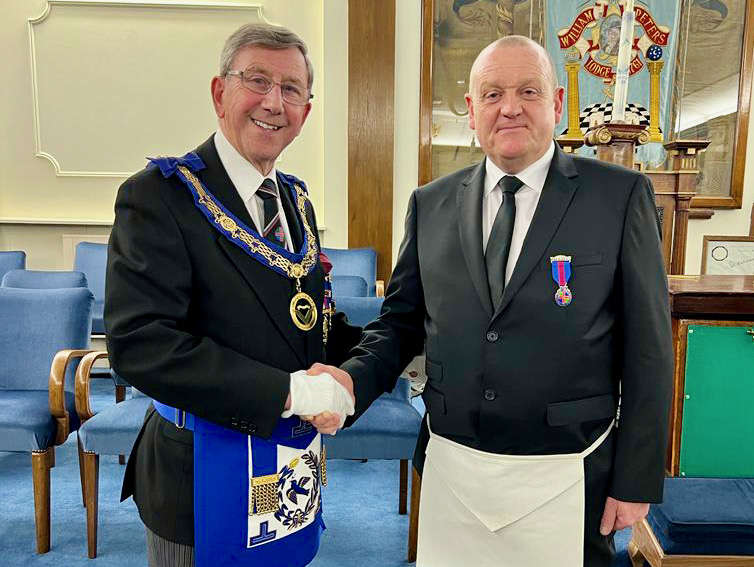 Mark Fryer is believed to be Lincolnshire’s first Freemason to qualify for a Festival jewel on the night of his initiation.

He began supporting our #Lincs2025 festival after joining a Zoom meeting to hear a presentation by Festival Chairman Jez Hyland and Charity Steward Pete Tong – and that meant APGM Peter Brooks was able to present Mark’s jewel on the night he was initiated into William Peters Lodge 6761 at Grantham.

Peter said: “Mark was keen to be part of Freemasonry’s commitment to supporting charity even whilst Covid was delaying his initiation. His decision to sign up to a regular payment plan so early is to be commended, and made it even more special to present him with the jewel. I’m sure he’ll wear it with pride.”

• To make a pledge for regular giving or a one-off gift to the Festival simple point your smartphone’s camera at one of the QR codes shown below. For a regular donation, use the one on the left and tap the link that appears. You’ll be taken to a web site where you should select ‘Lincolnshire’ from the drop down menu before setting up a regular payment. Use the grid on the right to make a single gift. 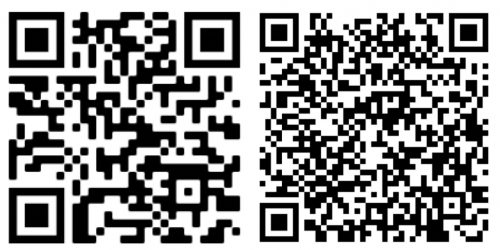