Scott puts Wayne in the Chair at Lumley Lodge

The harsh reality of suicide and its aftermath is brought home 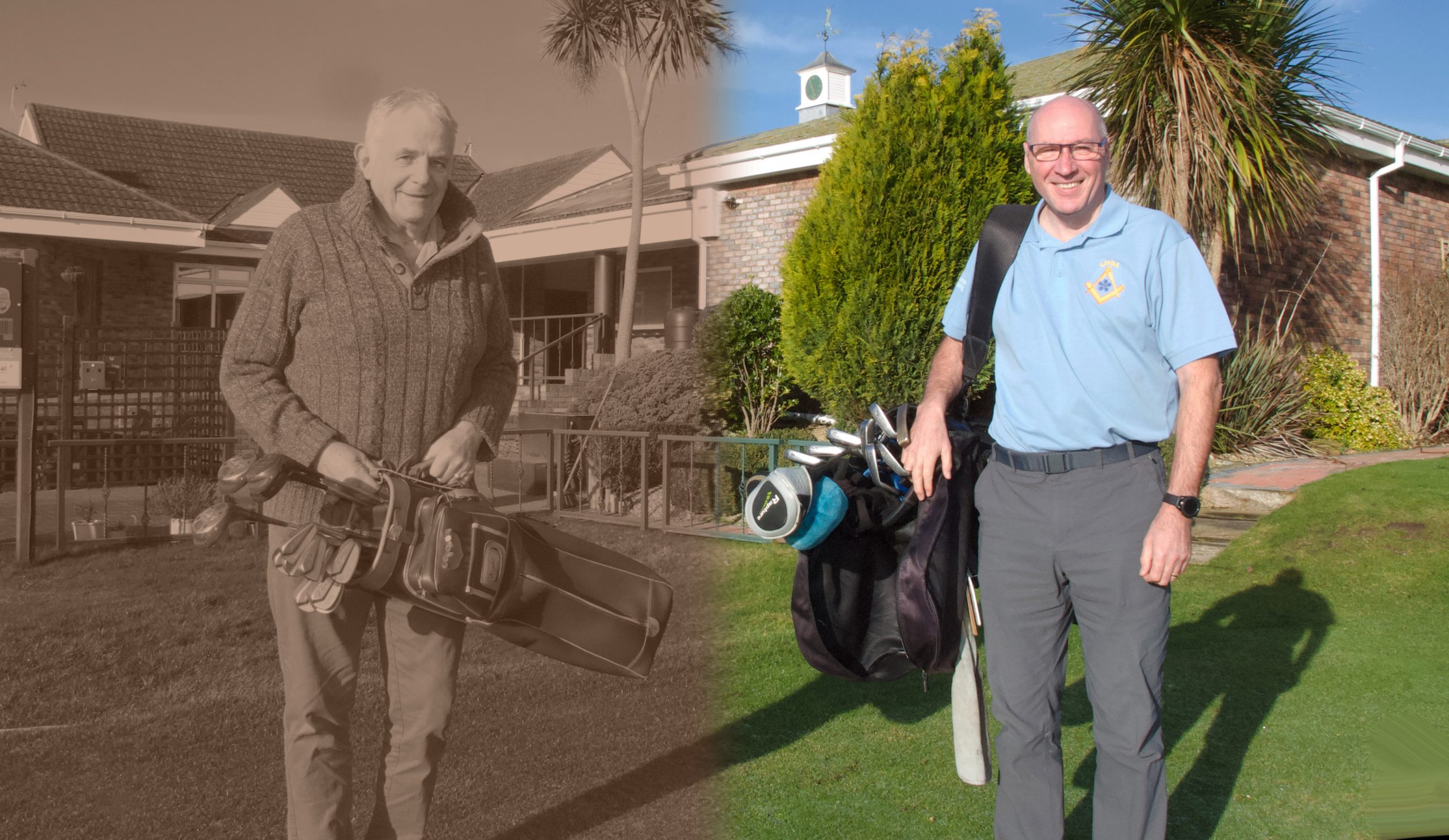 Mick Wright, left and Barrie Graham, organisers of the Centenary Golf Competition, represent the 100 years of Masonic golf in Lincolnshire

Lincolnshire’s golfing Freemasons are going back to their beginning to stage a centenary golf match by holding it at one of the first courses played by their members – Seacroft Golf Club at Skegness.

And in Freemasonry’s growing spirit of openness the competition is open to Freemasons and non-Freemasons alike, including men, women, and juniors. The only requirement is that anyone who wants to take part on August 11th this year must hold a WHS handicap.

Said Barrie Graham, one of the organising team from the Lincolnshire Masonic Golfing Association: “We’ve taken the decision to open the competition to all golfers in the spirit of today’s Freemasonry, which is far more open than many people have come to believe. By inviting non-Freemasons to join us for this milestone event we hope that we can show how open and welcoming we are, and to allow others to understand a little more of Freemasonry – which was more than 200 years old before the Golfing Association was created.”

Throughout the last century Association members have been raising money for charity, and its hoped that in the Centenary year it’ll be possible to push the total raised over that time to £50,000.

“We’re running a raffle, with some truly spectacular prizes, like five-star accommodation for a long weekend at Estoril in Portugal, worth £1,000, free golf, and the opportunity to fly over Lincolnshire in a light aircraft.” Money raised is to be given to the national Freemasons’ charity the MCF, which supports worthy causes throughout the UK, including Lincolnshire. The Charity gives about £60,000 every day to non-masonic good causes, including the Hospice movement, Air Ambulances, medical research, and small local organisations.

The competition is to be played as an Open Four-Ball Am-Am, with an entry fee of £190 per team, which will include drinks at the half-way stage and a meal in the clubhouse afterwards. “That’s a bargain price, and we’re very grateful to the Club for making it possible,” said Barrie. “Normal fees for four people to play this lovely Links course would cost half as much again, without a meal.”

Entries can be submitted online at LincolnshireFreemasonsGolf.org, where it’s also possible to request tee times and view the Club’s impressive range of trophies.