Scott puts Wayne in the Chair at Lumley Lodge

Wayne Ladgen with his officers at the Lumley Lodge installation. New LMO Tyler Noden is at the back of the picture on the left.

Wayne Lagden has been installed in the Chair of King Solomon at Lumley Lodge in Skegness by Scott Colbourne in a ceremony which also saw the appointment of a new Lodge Membership Officer. He’s Tyler Noden, at 25 years old one of the Province’s youngest LMOs – but young age doesn’t mean a lack of Masonic experience; Tyler was initiated at the age of 18 thanks to a dispensation from our previous PGM Graham Ives. Added to that, he’s the son of Provincial Facebook guru Simon Noden, an enthuasiastic member of the Lodge.
Also during the evening Provincial Treasurer Ian Pounder presented Grand Lodge certificates to Richard Crow (middle) and Garry Smith. Ian’s introduction to Royal Arch Freemasonry must have been magical as Bro Crow is to be exalted next month. 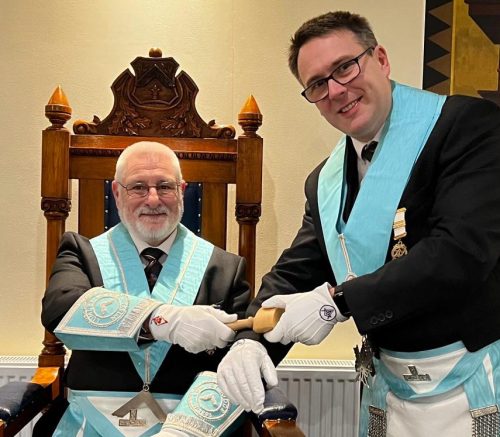 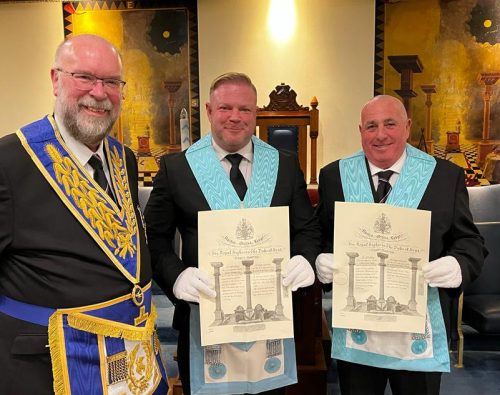