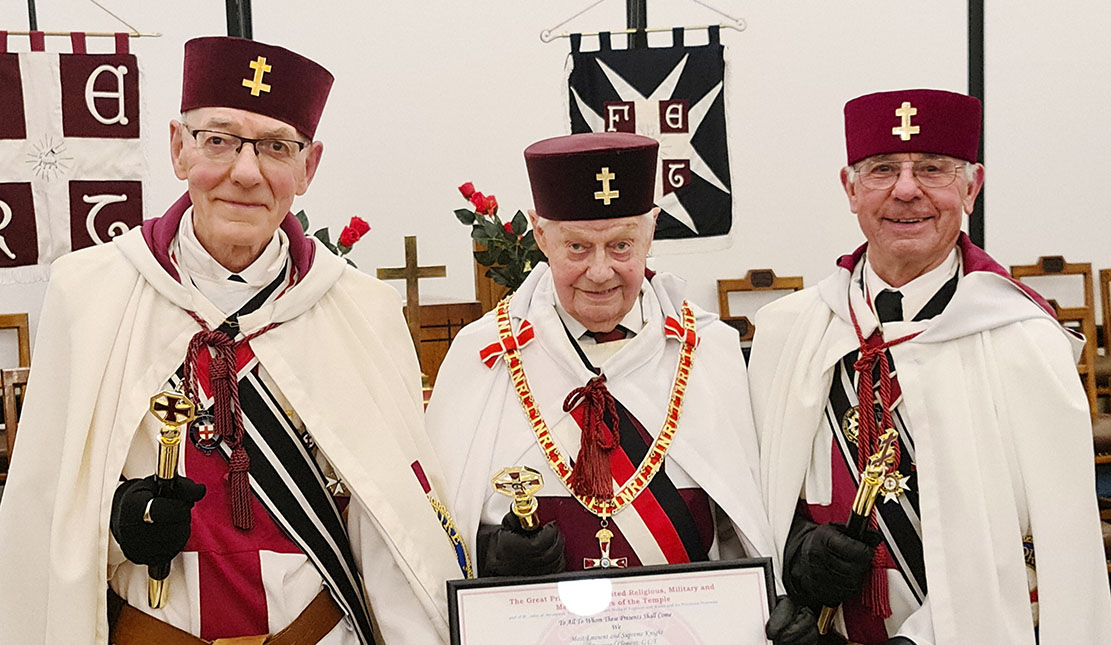 Lincolnshire’s KT Provincial Prior Malcolm Bilton has presented a certificate to R.E.Kt. Gordon Walkerley Smith GCT at a meeting of Sutcliffe Preceptory No.190, marking his 50 years of service in Knights Templar.

R.E.Kt. Gordon was installed into the Preceptory on 28 July 1971, and has gone on to become one of its most distinguished members.  As a holder of the rank of GCT – Knight Grand Cross of the United Orders – he is one of only 11 members within the jurisdiction of our Great Priory, which extends to almost 12,000 Knights, who currently have this rank.

The certificate was issued in the name of, and on behalf of, the Most Eminent and Supreme Grand Master and signed by the Great Vice Chancellor, in recognition of R.E.Kt. Gordon’s outstanding dedication and commitment to our Order.

The presentation concluded with a standing ovation for R.E.Kt. Gordon. In response he expressed his delight in receiving the certificate and said how very much he had enjoyed his life and work in the Order, due in large part to the tremendous support he had received from all of the Knights of the Province.

Ashlar brethren mark a Lodge first with a quadruple passing