Officers in the Holy Royal Arch

Most Excellent Grand Superintendent In and Over Lincolnshire

Are you thinking of becoming a Freemason?

Most Excellent Grand Superintendent In and Over Lincolnshire 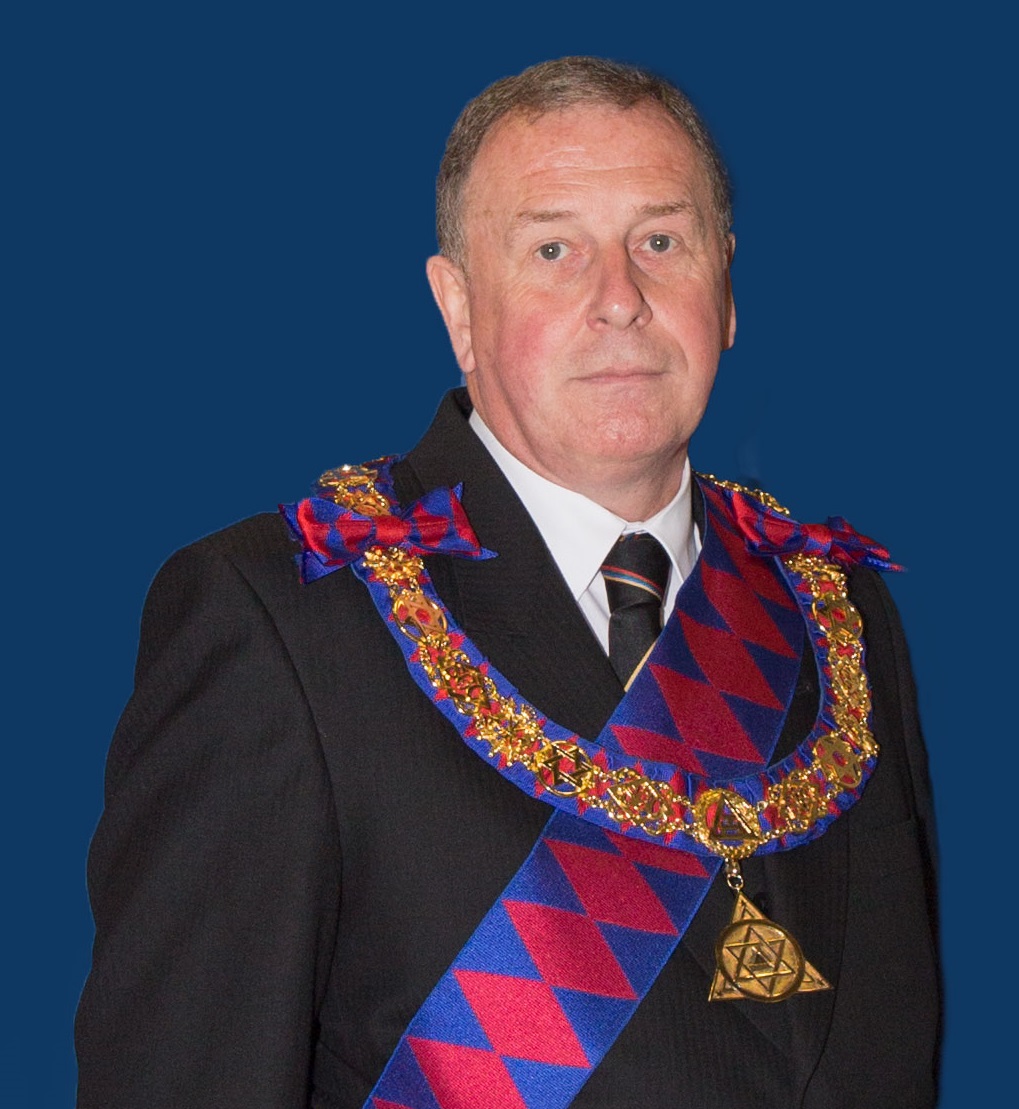 Dave was born in Lincoln in 1959 and attended Lincoln Grammar school before joining Lincolnshire Police, as a Cadet, in 1976. He served until 2008 achieving the rank of Chief Superintendent before he retired as an Officer and worked on a regional East Midlands Police team until 2010. Dave then worked as a Consultant and Performance Development Coach until 2017. From 2008 to 2012 Dave was the County Commander for Lincolnshire St. John Ambulance and was invested into the Order of St John in 2010.
Dave married Liz, who is from Mablethorpe, in 1983 and they have two children, Louise and Richard who are both journalists; Louise working for the BBC and Richard for the Press Association.
Dave was initiated into Paulinus Lodge 3957, Lincoln, in 1987 where his father and elder brother were members. He was Worshipful Master of Paulinus Lodge in 1995 and exalted into Hugh of Avalon Chapter in 1996 where he became First Principal in 2017. In 2002 Dave was appointed Provincial Sword Bearer; in 2008 Past Provincial Junior Grand Warden and in 2014 Past Provincial Senior Grand Warden. He was the Provincial Membership Officer from 2016 to 2018. Dave received Grand rank appointments to Past Grand Standard Bearer in 2015 and Past Senior Grand Deacon in 2018.
An active member in Mark, Royal Ark Mariners and Rose Croix, in his spare time, Dave is a committed follower of Lincoln City FC where he has been a season ticket holder for many years. 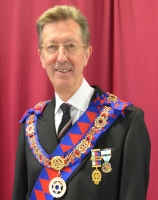 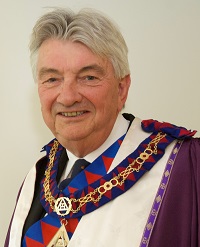 Born in a mining village in Yorkshire, attended the local grammar school and started his career in coal mining. Completed a first degree at Bradford University and a Masters degree at Nottingham University.   Michael has been a company director for thirty or more years with a number of companies including his own. Married to Gill with four children, they have lived in Lincolnshire for forty years.

He was initiated into Hallcross Lodge 5744 in 1991 and has been Master twice, he is now Past Provincial Grand Sword Bearer in Yorkshire West Riding.

Exalted into Isle of Axholme Chapter in 1998 and became MEZ in 2011. He was appointed Active Provincial Standard Bearer and now has Supreme Grand Chapter Grand Rank as Past Assistant Grand Director of Ceremonies. Michael became Provincial Second  Grand Principal in May 2019.

Michael has a wide range of hobbies, walking, fly fishing and music 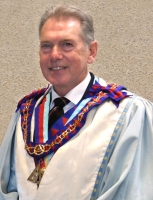 Born in Peterborough in 1948, Terry attended Lincoln Road Boys School. After leaving school he worked for two local cycle shops until 1974 when he opened his own cycle shop in Deeping St James. Terry sold his shop in 2005 and semi retired.

Terry married Judith in 1969 who is fully behind him in all his Masonic duties, and have one son Simon and three grandchildren.

Born in Barnetby in 1966, attended Caistor Grammar School and joined the family engineering Company in 1990.

Exalted into the Astral Chapter 3841 on the 12th of February 2004 serving as First Principal in 2012. Appointed Provincial Assistant Grand Director of Ceremonies in 2017 and Provincial Grand Scribe E in 2018.

A member of the Geoffrey Cooper Chapter of Installed First Principals No 9467. 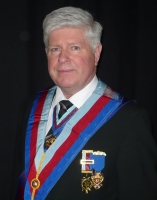 Stephen was educated at Wintringham Grammar School and  left school in 1973 to become an Articled Clerk with Hodgson Harris, Chartered Accountants. He left in 1975 to join the Grimsby Evening Telegraph as Deputy Chief Accountant. In 1986 he began working on his own account as a practising Chartered Certified Accountant and remains doing this to date.

Married to Angie, he has two stepchildren and 2 grandchildren.

Initiated into the Lord Worsley Lodge in December 1986, he was appointed the rank of PGStB in 2018.

Exalted into the Lord Worsley Chapter in April 1989, he was appointed 3rd Provincial Grand Principal in 2015. Appointed to  Supreme Grand Chapter with the rank of Past Grand Standard Bearer in 2016

He is also a joining member of the Geoffrey Cooper Chapter of Installed First Principals.

Stephen is the Provincial Grand Master for the Mark Province of Lincolnshire and was Installed as such on the 23rd March 2019 at the Epic centre, Lincoln. 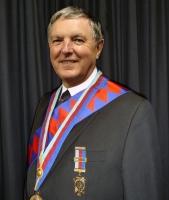 Born in Cleethorpes in 1944 and has lived in Immingham all his life.

Educated at the Grammar School, Barton upon Humber.

Worked for 10 years at T.G. Ticklers in Grimsby then at Conoco’s Humber Refinery for 33 years finally retiring, early, as Oil Movements Coordinator in the Production Planning Department in 2003.

Lives with partner Sharron and has one son Gareth.

Initiated into Wellow Abbey Lodge in 1984 and was Worshipful Master in 2004.

Appointed to the active rank of Provincial Junior Grand Deacon in 2009.

Exalted into Wellow Abbey Chapter in 1986 and was first Principal in 2008, also a member of the Geoffrey Cooper Chapter of installed First Principals.

Appointed to the rank of Provincial Grand Registrar in 2013. 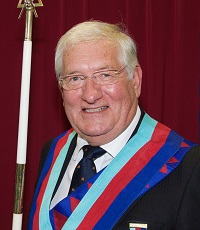 Born in Boston 1942. Served as a choirboy at St Botolph's Church, Boston for five years.Educated at Langley School Norwich, being a boarder there for five years. Started the family butchering business in 1964, now retired. Married to Margaret for 45 years,now sadly a widower with two lovely daughters Lisa and Vanessa and two granddaughters, all living locally.
Initiated into the Lindis Lodge in 1975, Worshipful Master in 1989 and served the Lodge as ADC for 4 years and as DC for 9 years  He was appointed active ProvSGD in 1995.  active ProvDepGDC 2006 -2010 and active Provincial Junior Grand Warden in 2010. Appointed to PAGDC in the Craft in April 2014.
He was Exalted into St Botolph's Royal Arch Chapter in 1978 and Installed as 1st Principal in 1995. He served the Chapter as ADC for 3 years and as the DC for 7 years. He was appointed Active ProvGStdB in 1998,  Active ProvDepGDC 2007-2010   and again in 2013. Appointed to  Supreme Grand Chapter with the rank of Past Grand Standard Bearer in 2013.

John was born in Moulton in 1945 and still lives there. He started work in 1957 as a school boy for Gilbert Oldershaw and did not complete secondary education; preferring to work for Gilbert. He still works in the company Gilbert started.

Joining the Royal Arch Chapter in 2004 he had the privilege of being its First Principle for two years.

On leaving school Steven became an apprentice joiner at a local company called Hewins & Goodhand. He went on to work for Cosalt Caravans until 1992 when He joined Humberside Police working in the Grimsby and Cleethorpes area before retiring in 2014.

Steven is married to Kathryn, who is a nurse, in 1980 and they have 2 daughters Victoria and Alison and 3 grandsons.

Steven enjoys carp fishing and has a voluntary job at Blundell Park as a stretcher bearer.