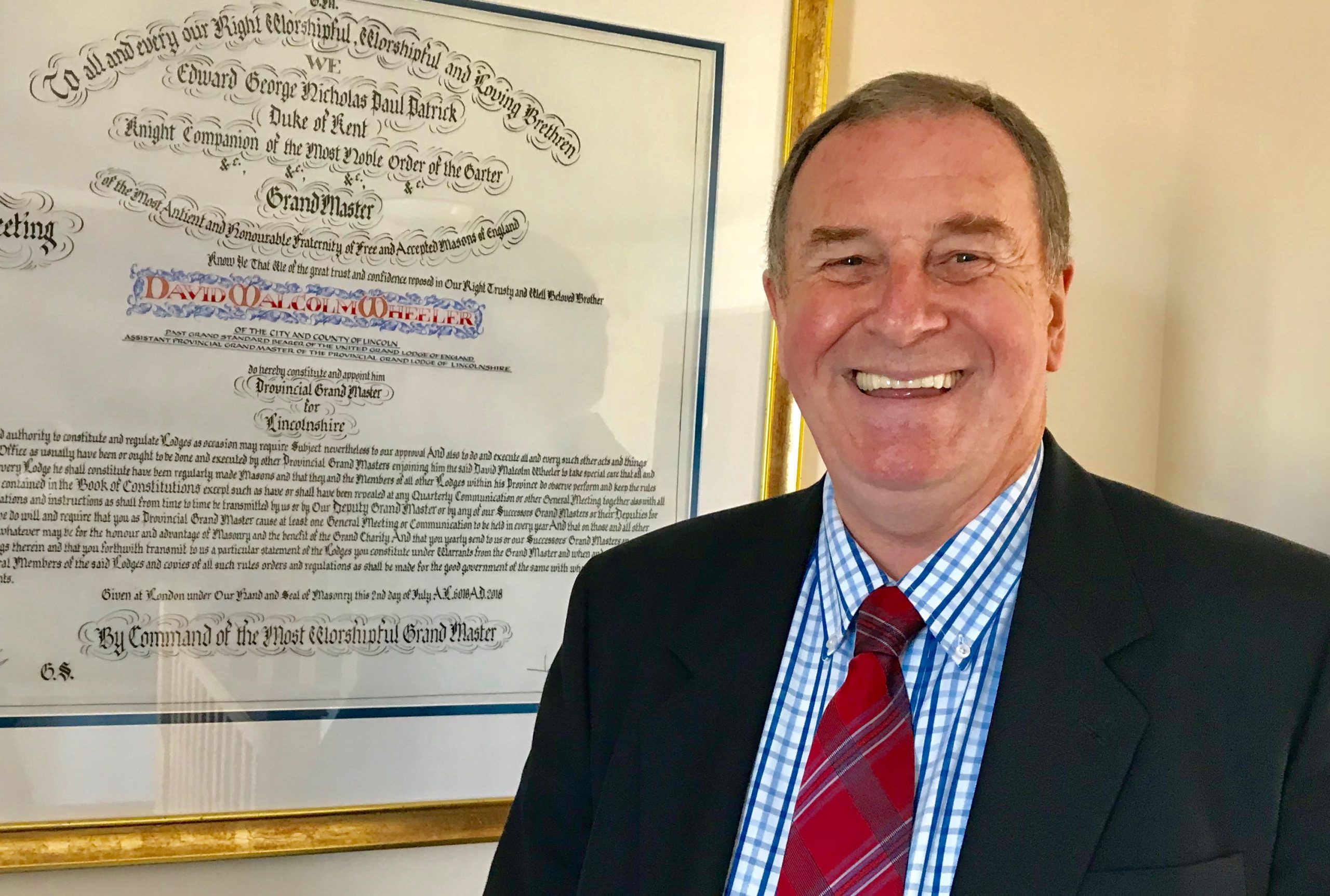 Lincolnshire’s PGM Dave Wheeler has suffered some serious medical issues which mean he’ll be stepping back from his Masonic duties until at least September.

Provincial Secretary Tony Miller has written to all Lodge secretaries to share the news, in which he explains that Dave was taken ill on Friday last week, and went to A&E at Lincoln County Hospital. He was kept in over the weekend for tests and treatment, and has now returned home.

Tony said: “He has been sent home to rest and recuperate, and is to receive ongoing treatment as an outpatient. He is in good spirits and very positive about his treatment and recovery. However, he will be taking time away from his Masonic duties until at least September to rest and receive treatment and to aid his recovery.

“I am sure like myself you will all wish him a full and speedy recovery. It is the Provincial Grand Master’s request that all communications for him be conducted via the Provincial office and not to inundate him or Mrs Liz Wheeler with well-wishing telephone calls. Currently the Provincial Office is open only on Tuesday and Thursday mornings between 9am and 1pm.”

All Masonic matters will be undertaken by members of the Provincial Executive until Dave returns to Masonic duties.

Tony added: “I will keep the Province informed of any developments via Lodge Secretaries and the members’ area of the Provincial web site.”