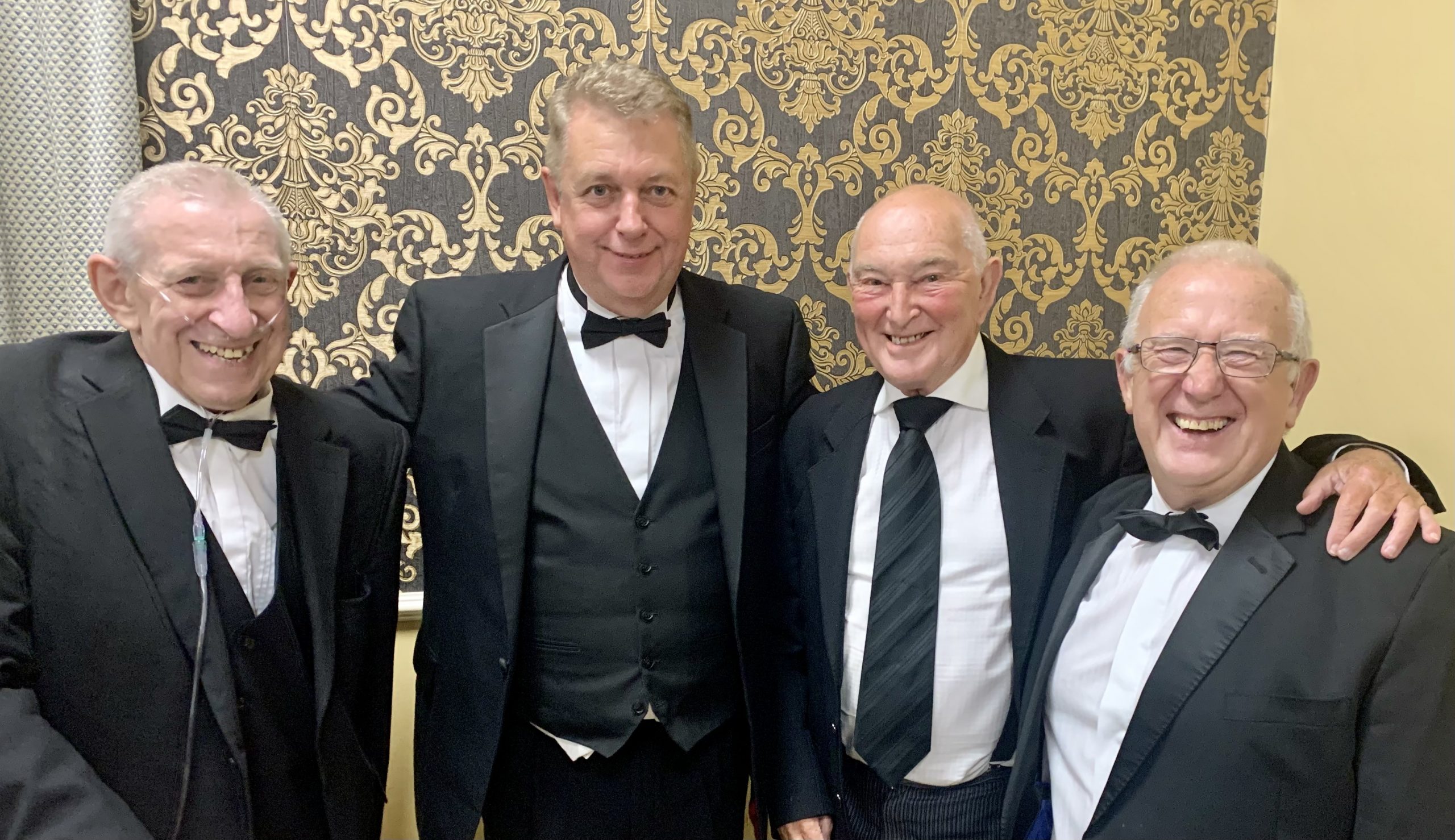 Not only was Paul Fox’s installation as Master of Crowle’s Vermuyden Lodge honoured with the presence of three founder members, but his uncle Colin also watched as Paul, by a twist of fate, was installed by the man who’d initiated him more than a decade ago.

Installing Master was Andy Urry, who freely acknowledged that he might not have lived to see his long-term friend go into the Chair, because without a liver transplant he wouldn’t have lived long enough to see the ceremony – and by a happy co-incidence this was also his second year as Master.

Paul’s Uncle Colin sang the Master’s Song at the festive board, which was attended by Lodge Founder members Les Gladwell, Eddie Webster, and Peter Needham.

Paul said: “Being an Estate Agent I did wonder if you’d have me as a member, but after I’d moved on from many happy years in the Rotary Club, I discovered Freemasonry, which opened up a whole new world of friendship, which I’ve been enjoying for more than ten years, with, I hope, a great many years still to come.” 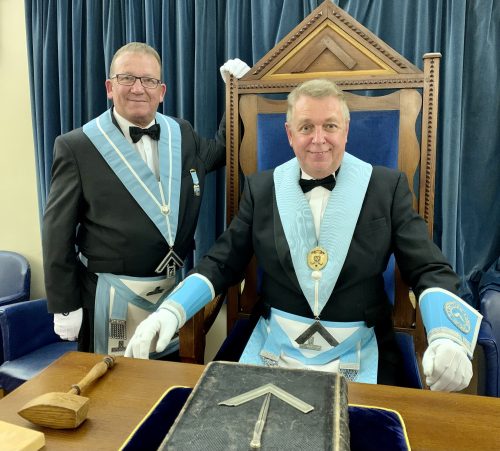 Paul with his fruited and installing Master Andy Urry 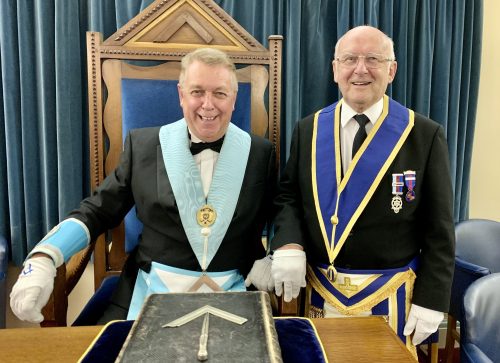 One for the family album: Colin Fox joins his nephew at the Master’s Chair