Freemasons round the Province of Lincolnshire have been supporting NHS Social Care and Frontline Workers’ Day by hanging banners on our Premises from Grimsby in the north to The Deepings in the south.

At Sleaford a fanfare (pictured above) heralded the unfurling of the banner by the Mayor of Sleaford Coun Robert Oates and Mayoress Mrs Ann Oates with the Chairman of the Sleaford Masonic Building Company Wor Bro Derek North St Botolphs Lodge.

At Cleethorpes a donation of £1,000 was made to the League of Friends at Grimsby Hospitals on behalf of Cleethorpes Masonic Hall Ltd. Pictures are shown below, along with others of Freemasons, friends, and masonic centres at Brigg, Lincoln, Bourne, Louth, Market Rasen, The Deepings, Long Sutton, Grimsby, Sleaford, Scunthorpe, Grantham, and Boston.

Paul Sheridan, Chairman of the Board at Cleethorpes Masonic Hall, said: “A big thank you to all who have contributed to making today as memorable and representative as was achievable – in all the circumstances of the day. ‘We had boundless enthusiasm’ is how I would sum it up, with the smaller number of supporters in attendance than possibly hoped for, these Freemasons and other well-wishers recognised the enormous debt we all owe to the NHS, carers and the supporting agencies – who have served us all so well throughout the continuing Covid 19 pandemic. The Banner went up!

“We took time to reflect on the loss of loved ones, we toasted the health of the NHS, we presented our cheque for £1,000 and we gathered to ring our bells 73 times, recognising each year of service from our NHS to date. The bells themselves had special significance; Stephen Wakefield of St Peter Lodge is also a Freeman of Grimsby, and he  turned up with the Freeman of Grimsby’s Market Bell dated 1873, and the Almoner designate Charlie Jackson brought along the Reynolds Street Junior School’s Dinner Bell! Ding dong…

“Everyone in our organisation has, in one way or another, provided funds which has allowed us not just to say “Thank you”, but also to make a significant four-figure donation to The League of Friends of the Grimsby Hospitals – which benefits staff as well as patients; a need it has met, often unsung, over very many decades.

“Let me add a shout out also for Terry Clay, our Flag Master, who attended every session and helped with the practical matters involved in flying the flag for both Freemasonry and the NHS. May both these organisations continue to flourish, root and branch, now and for many years to come.”

The cheque for the League of Friends was presented to the Provincial Grand Secretary Tony Miller, a former Chairman and long-standing Council Member and Fundraiser for the local League. He said: “Well done to all Cleethorpes Masons – a truly magnificent gift, and well done the NHS, Carers and Associated Workers and dedicated volunteers!” 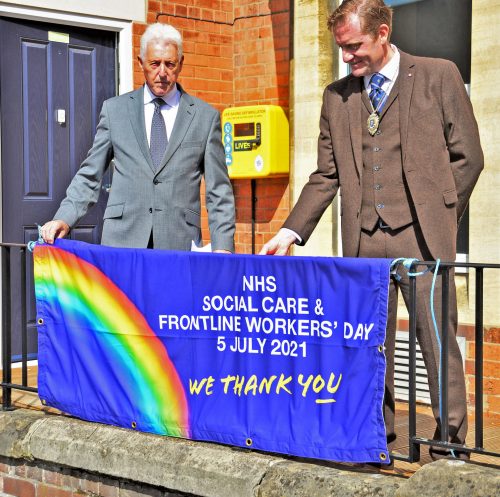 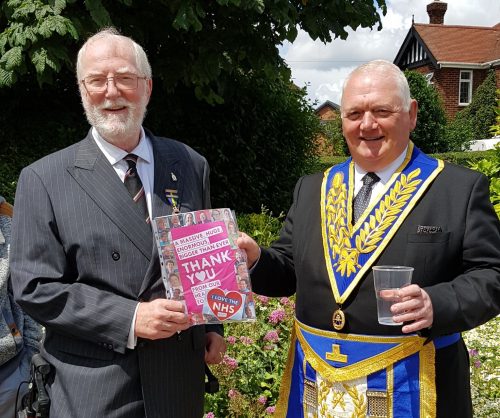 Funds for the Grimsby Hospitals League of Friends 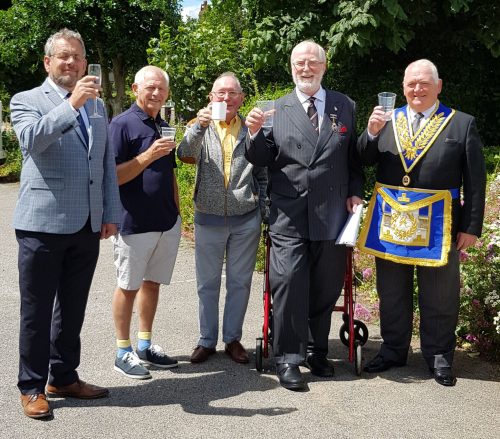 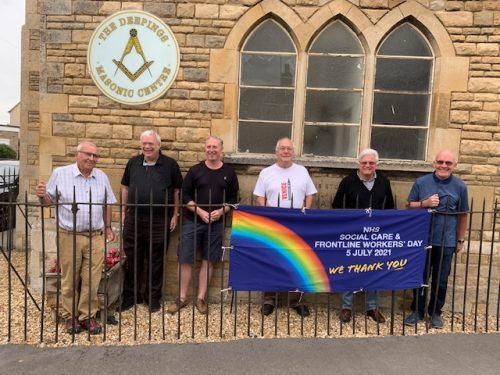 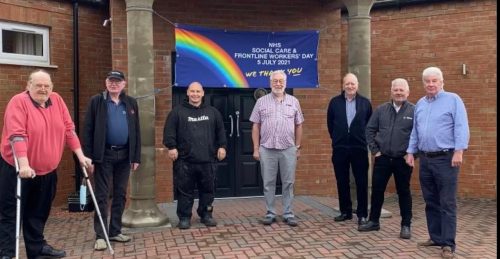 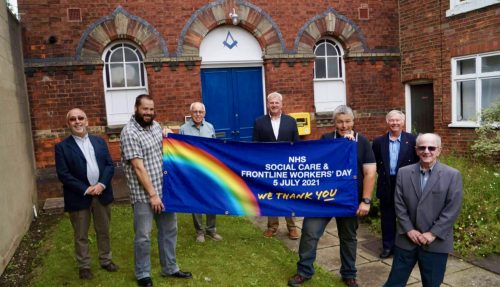 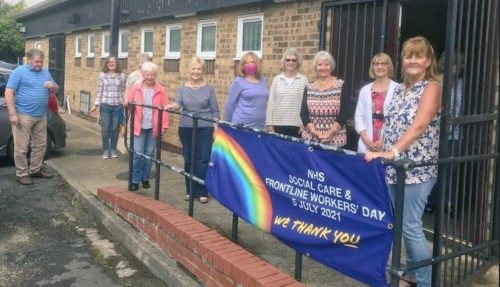 Bourne – with the ladies from the line dancing club, who use our hall 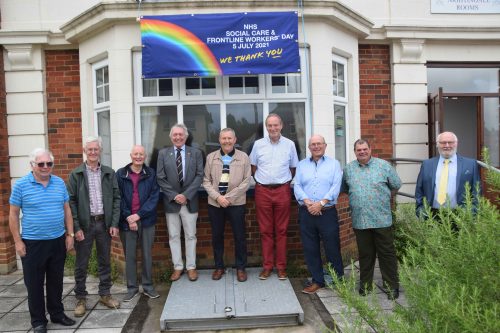 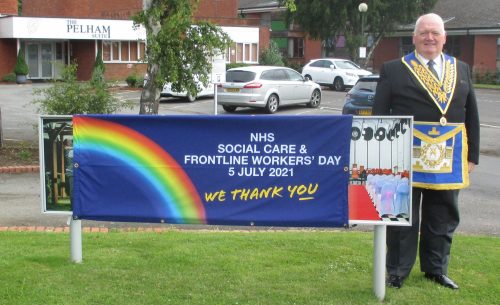 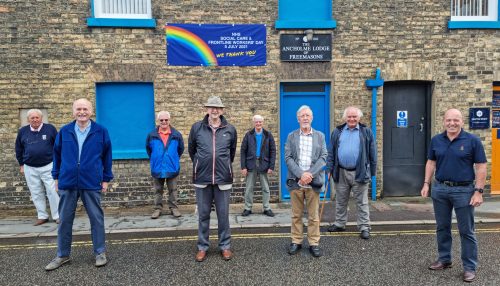 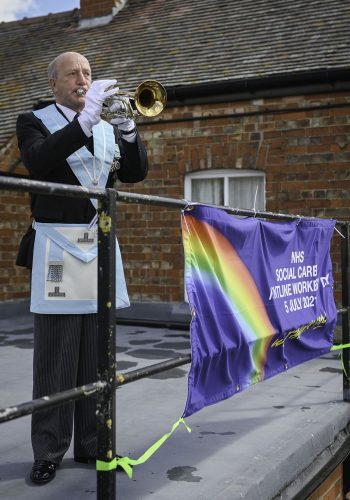 Time to toast at Cleethorpes 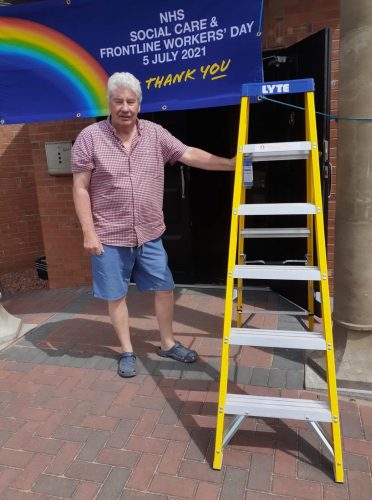 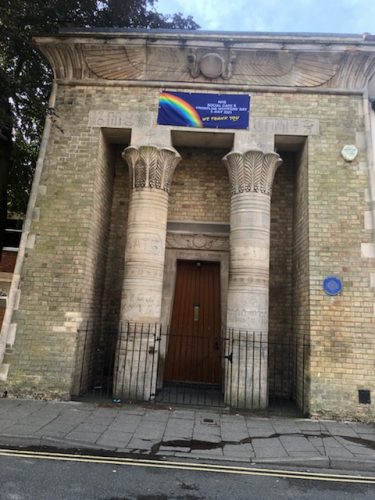 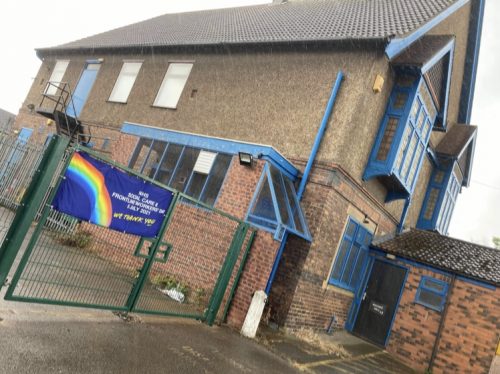