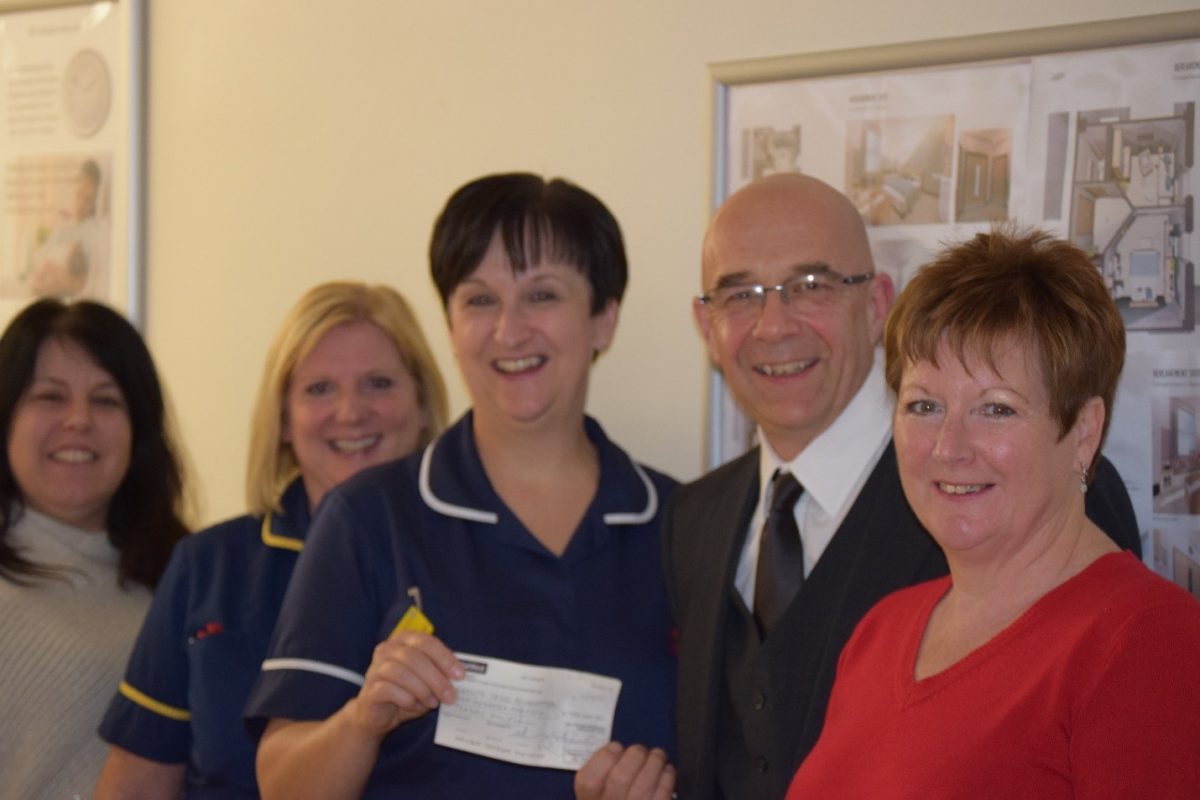 A £750 donation from Freemasons in the Isle of Axholme has marked a significant milestone in efforts to create a bereavement suite for the families of stillborn children at Scunthorpe General Hospital.

This donation means there is now enough money in hand to start the creation of the £150,000 facility at the hospital’s Maternity Ward.

The money, given to the Health Tree Foundation, is the latest donation in an appeal launched in 2016. It has come from the Isle of Axholme Lodge, which meets in Crowle, and was presented by Lodge member Adrian Grimshaw and his wife Jayne, herself a former midwife. Adrian said: “Members of the Lodge thought this was a particularly important cause, and deserving of our support. To learn that there is now enough money to start work on the project makes it very special – and it shows that every donation, no matter how large or small, helps towards achieving a goal.”

Lodge Secretary Jonathan Hassall explained that the money had come from the Freemasons’ New Provincial Benevolent Fund. He said: “Freemasons throughout the Masonic Province of Lincolnshire, which includes the whole of the historic county, contribute to the fund. Administered centrally, it helps individual Lodges to give money to worthwhile non-Masonic causes of their choice. About 140 grants of at least £750 are made each year, and the fund has given almost £900,000 to the community this way since 2005.”