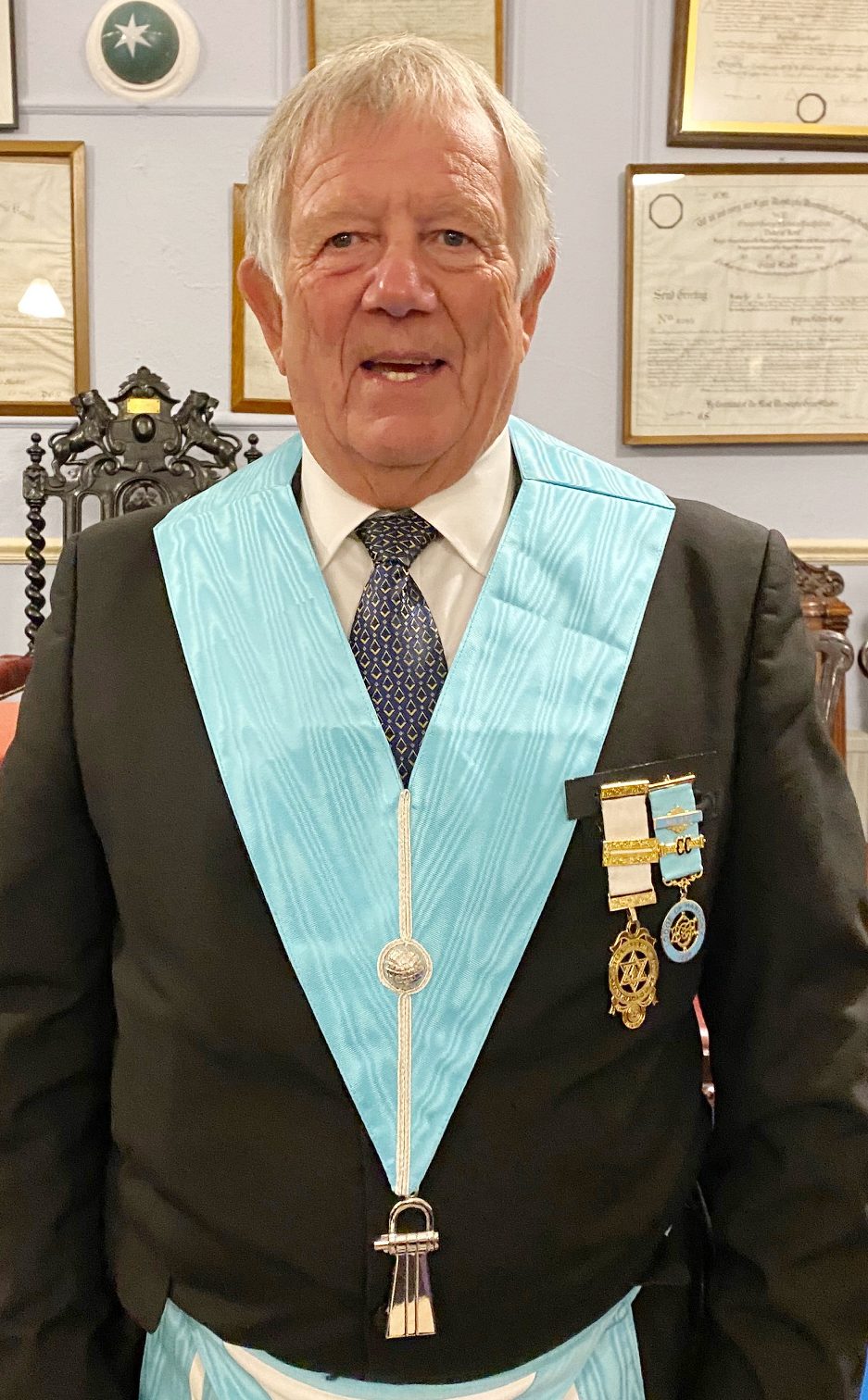 Roger Ladds from the Lodge of Harmony in Boston is the latest Lincolnshire Freemason to take on the role of Lodge Membership Officer.

He’s seen here wearing the collar and jewel of his office, a lewis attached to a collar. The role of Lodge Membership Officer has been introduced after being recommended by the membership Focus Group at UGLE, and represents part of the strategy for securing Freemasonry’s long-term future.

Like his colleagues up and down the Province, Roger will liaise with Provincial Membership Officer Mike Clay, a member of Ashlar Lodge in Lincoln. Mike said: “As you’ve probably now read in Freemasonry Today, UGLE is launching the membership advertising campaign during October, primarily through Facebook and social media advertising. It is structured, targeted and extremely well planned, and results will be monitored. I believe it has the potential to bring new people into Freemasonry as never before.