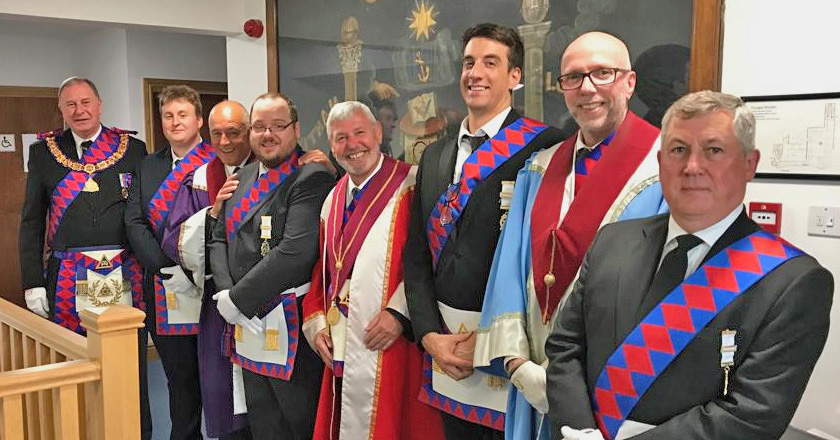 More than 50 Royal Arch Freemasons, including the Most Excellent Grand Superintendent Dave Wheeler, were at Lincoln’s Hugh of Avalon Chapter to witness the exaltation of not one but FOUR mew members at its most recent ceremony.
It’s not the first time the Chapter has brought in more than one candidate; although this was the first time four have been exalted together. The previous meeting saw three new members, and the one before that, two.
The ritual was carefully divided into smaller sections, allowing newer members to deliver parts of it for the first time.
The exalted quartet were Dan Scullion, Alex Peadon, James Stenson, and Nick Squires