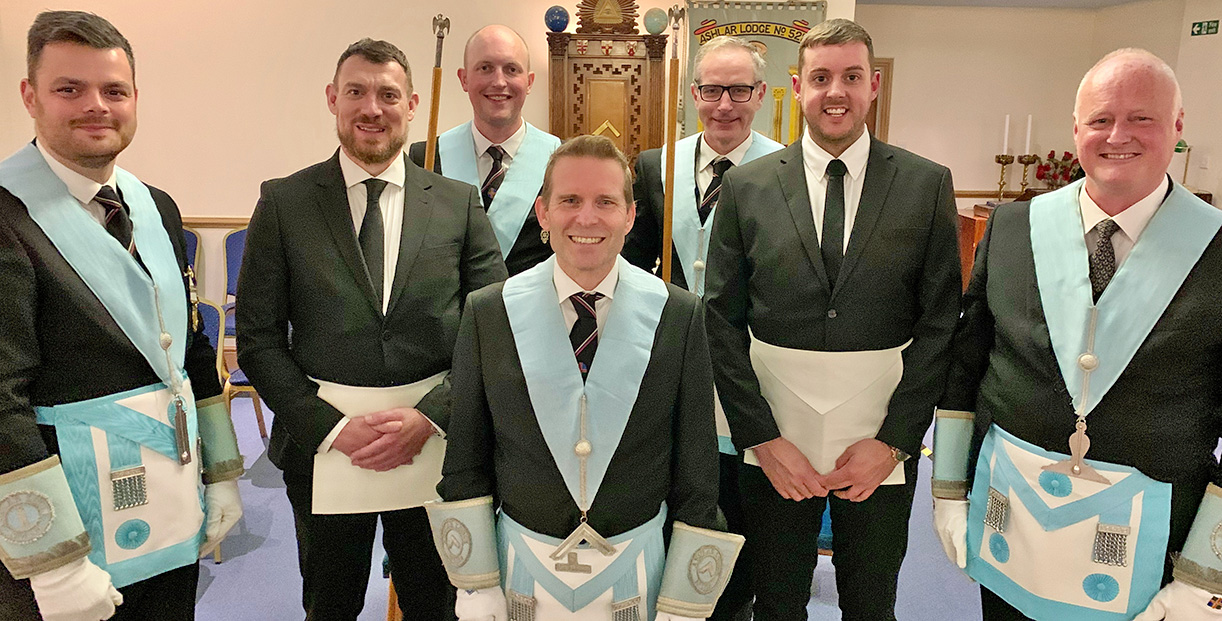 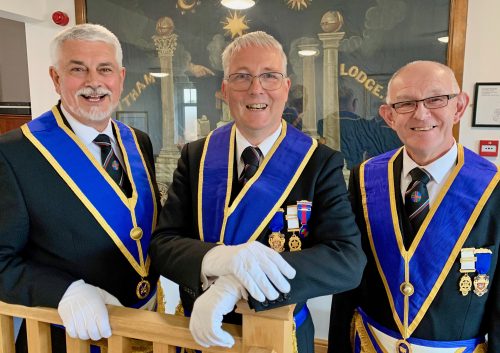 Matt Howkins and Chris Oakton have become the latest members of Lincoln-based Ashlar Lodge, initiated together in the Lodge’s last meeting before the summer recess.

They are seen in this picture with Worshipful Master Alec Clench, Wardens Andrew Taylor and Dale Atkins, and Deacons Damian ‘Damo’ Footsoy and Darren Sewell.

The Lodge attendance is creeping up slightly, with 55 attending this most-recent meeting, including 23 visitors from 15 other Lodges.

Illness once again prevented Lodge Secretary Steve Harrison from being there in person to propose the toast to his candidate Chris, but he had recorded it as a video played at the appropriate moment. Steve was once again included in the event on a WhatsApp video call, and has promised to be at the next meeting in September. 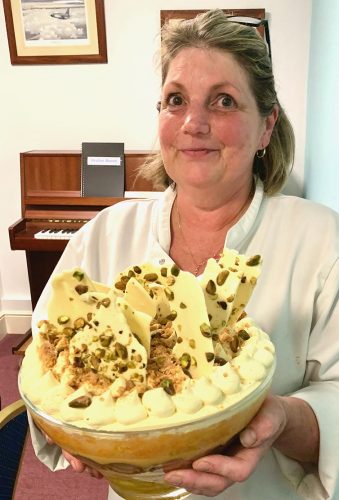 The evening was also a re-union for three of the Provincial Senior Grand Deacons from the 2016 active team, with Dave Goodwin from Pharos Lodge in Scunthorpe, one the left,  and Robert Kitching from Ancholme Lodge in Brigg on the right, re-uniting with Ian Taylor, the Ashlar Lodge DC in the centre.

And to round off the evening diners were not dismayed by any threat of a rumoured world-wide fruit crumble shortage – because there was a surprise change to the dessert.

Caterer Sue, pictured left, challenged by Steve Harrison, unveiled her version of the Jubilee pudding to a round of applause, and that was before everyone discovered it tasted even better than it looked. It was devoured and pronounced a catering triumph!

(and Steve wasn’t left out; portions were taken round to him….)