Mystery of the missing blog post, and a welcome bath… 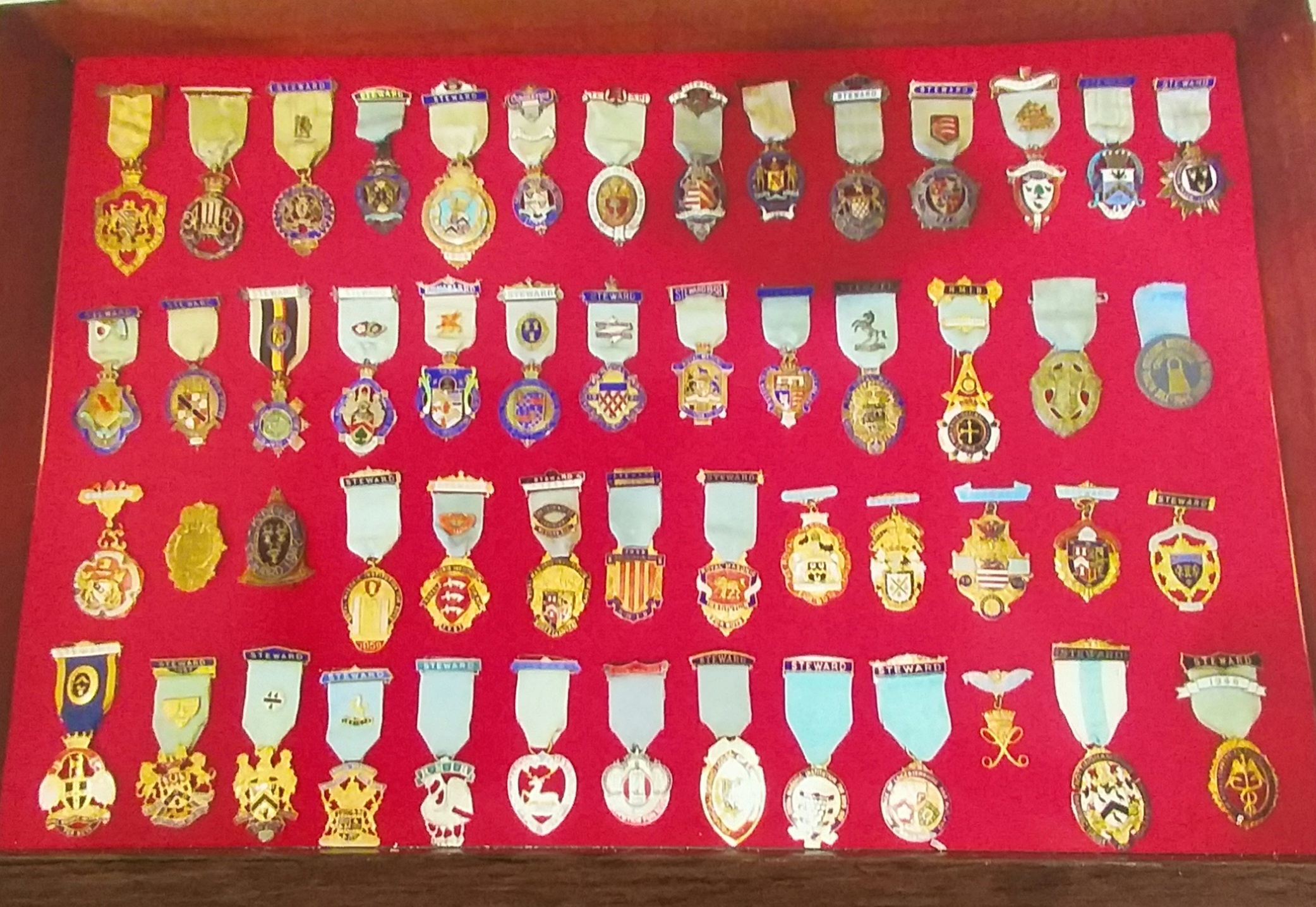 On the top floor of the three-storey Grantham Masonic Centre are two rooms forming a rare collection of items from the craft’s past.

The collection is an impressive museum including a mixed display of Jewels, Aprons, Regalia, and historical documents as well as items that would be found in a Victorian-Edwardian domestic setting or at the Festive Board.

With the main central cabinet housing a good selection of Past Masters and Commemorative Jewels,  all photographed and dated where possible by hallmarks etc and with an information card to each. This is an ongoing process undertaken by volunteer curator Melvin Dobbs.

The smaller of the two rooms is primarily dedicated to the oldest Lodge – Doric –  with a range of artifacts from its earliest days right up to present day.

There is a photographic record of Past Masters of the Doric Lodge, sadly incomplete, with the earliest being C.Ferneley 1863-4. This practice was reintroduced at the start of the New Millenium in 2000 and continues to this day.

Many items from Doric’s past are displayed in the varied cabinets and trays, to include the Original Sceptres bought for Doric Chapter in 1893 for the sum of  three guineas (£3 15p), cutlery & crockery carrying the Doric name & Lodge number.

Amongst a selection of Installation dinner menus are one dated 1919 containing a Toast to Doric Brethren in Khaki, and another is the Kipling Souvenir, a  framed signed letter from Rudyard Kipling dated 19th January 1924 in response to the various quotes of his placed within the Installation Dinner Menu of Doric Lodge dated 8thJanuary 1924 which is framed with his letter.

There is a framed photograph of Thomas Jackson, Doric’s Tyler from 1859-1900 who was made a member of the Lodge after his retirement also his Apron is displayed in a frame while the sword he carried is exhibited within the entrance to the Temple – it’s quite a fearsome and decorative weapon!

He owned Belton House (now a National Trust property) with Belton Park on the outskirts of Grantham, much of which was given over to the War Department for Military Training purposes during World War One. It is here that the Machine Gun Corps was formed in 1915, and subsequently soldiers with Masonic credentials with the aid of Doric Lodge formed a new Craft Lodge Maguncor No.3806 in 1917 followed by a Rose Croix Chapter No.191 (1918) both of which still meet, albeit the Craft Lodge meets in London now. A signed framed photograph dated September 1917, taken in the Ballroom of the Guildhall on St.Peter’s Hill Grantham depicts the Commemoration of the new Lodge, and we also have a number of  Breast Jewels for this Lodge and Maguncor Rose Croix Chapter.

A letter from Geo.Oliver the Deputy Provincial Grand Master for Lincolnshire giving permission in allowing Brethren to wear regalia and parade through the streets of Grantham for the funeral of Bro.Joseph Adams. Dated January 22nd May 1840

These and many more  items can be viewed when visiting the Centre on Lodge nights or private visits could be arranged with plenty of notice given.

The building in Chambers Street is called Faraday House, and Freemasons have been meeting in it since the mid 1930’s. It is home to five Craft Lodges : Doric No.362, Granta No.4950, William Peters No.6761, Sir Isaac Newton No.8103 and a daylight Lodge Meridian No.9813, as well as two Royal Arch Chapters along with Maguncor Rose Croix Chapter No.191,  St.Wulfram’s Mark Master Masons No.916, and Royal Ark Mariners No.916 and a Knights Templar Heneage Preceptory No.301. 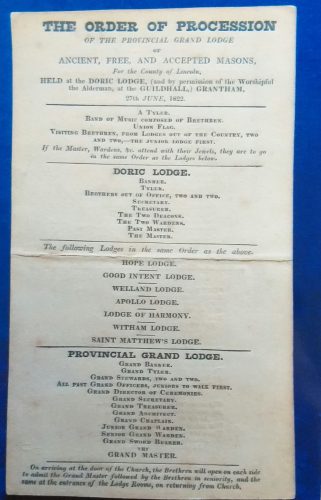 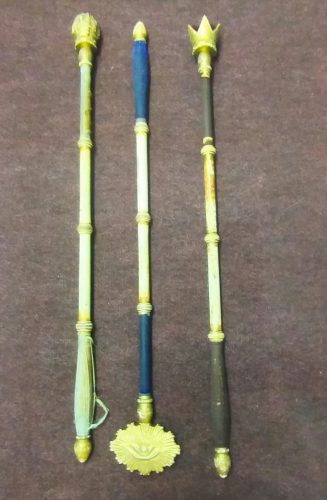 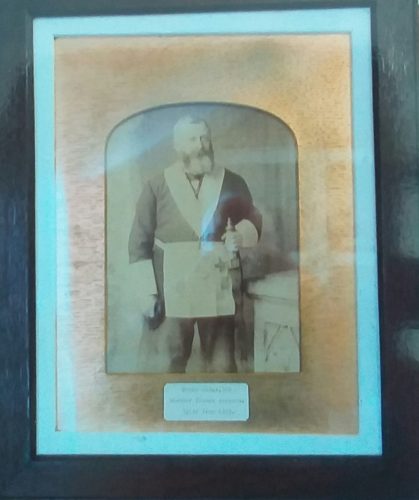 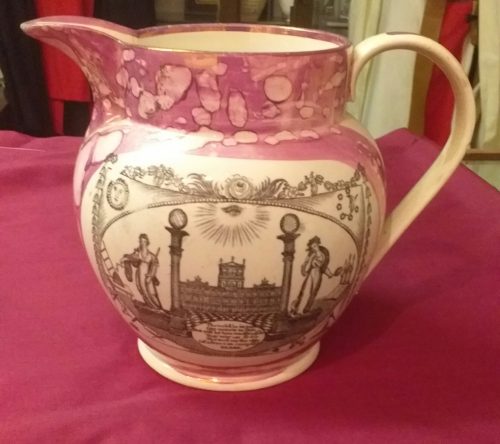 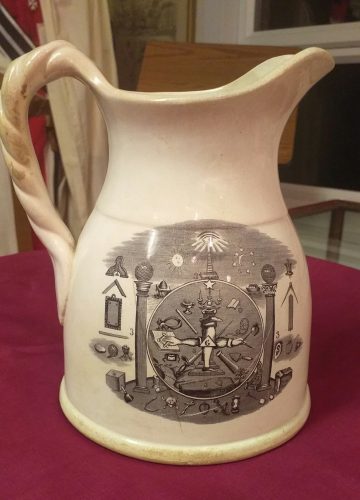 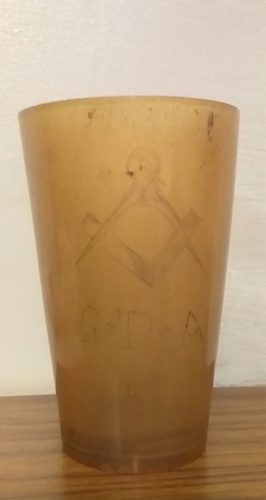 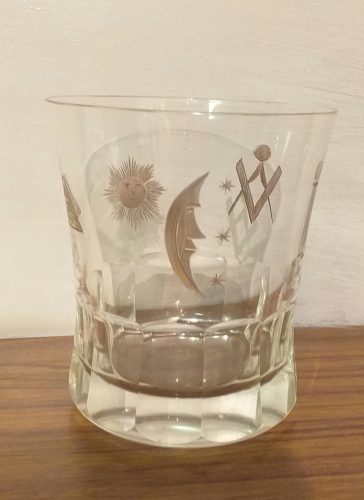 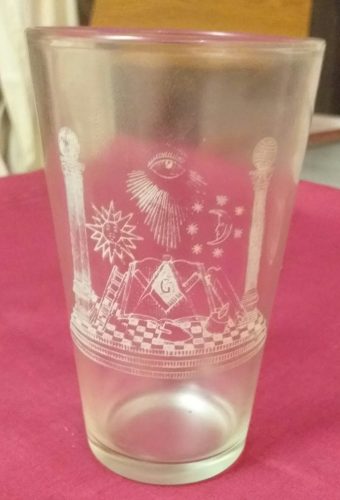 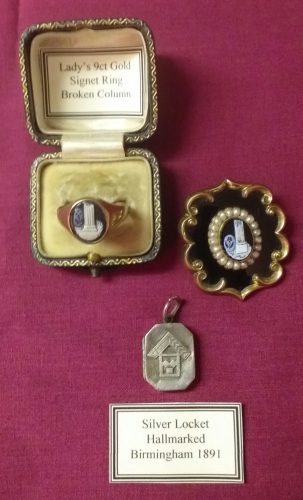 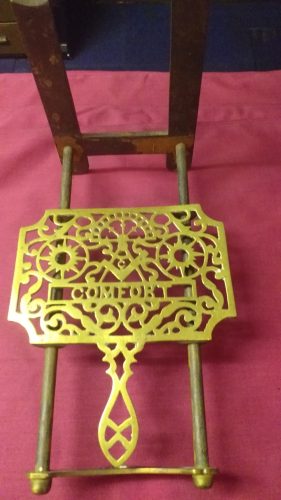 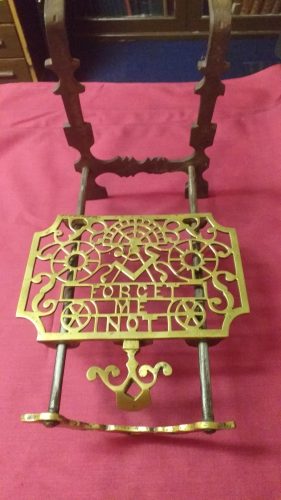 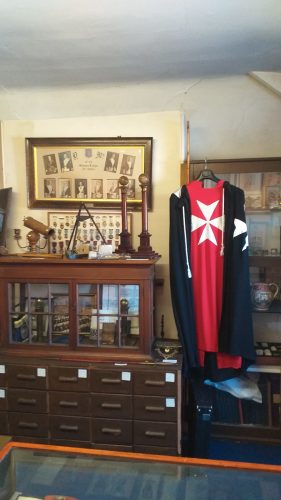 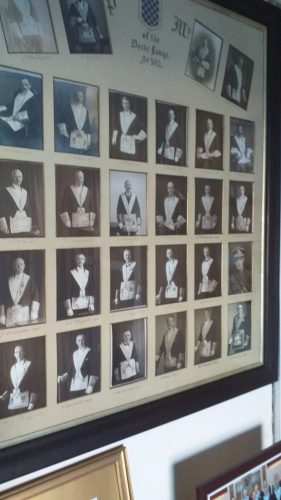 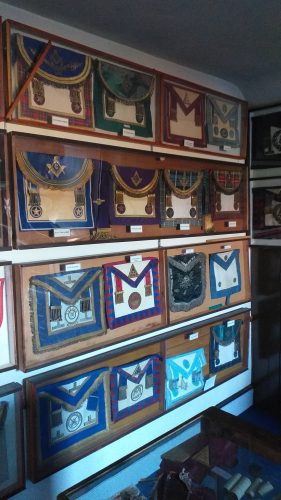 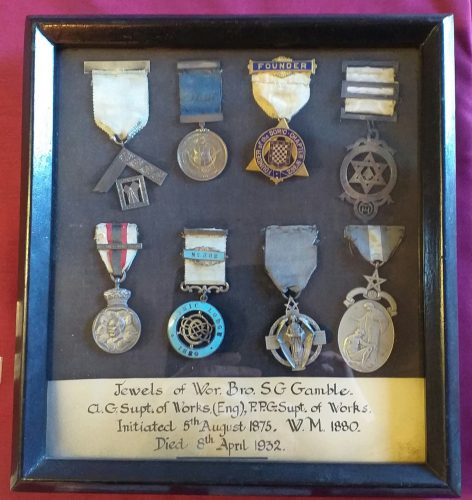 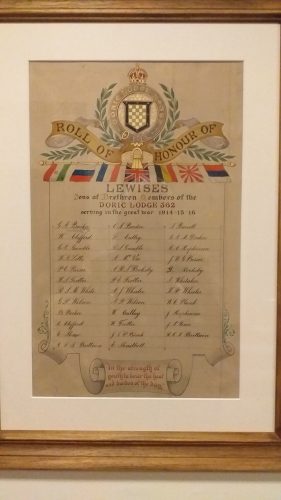