Freemasons give to Fight Impact of Poverty and Homelessness 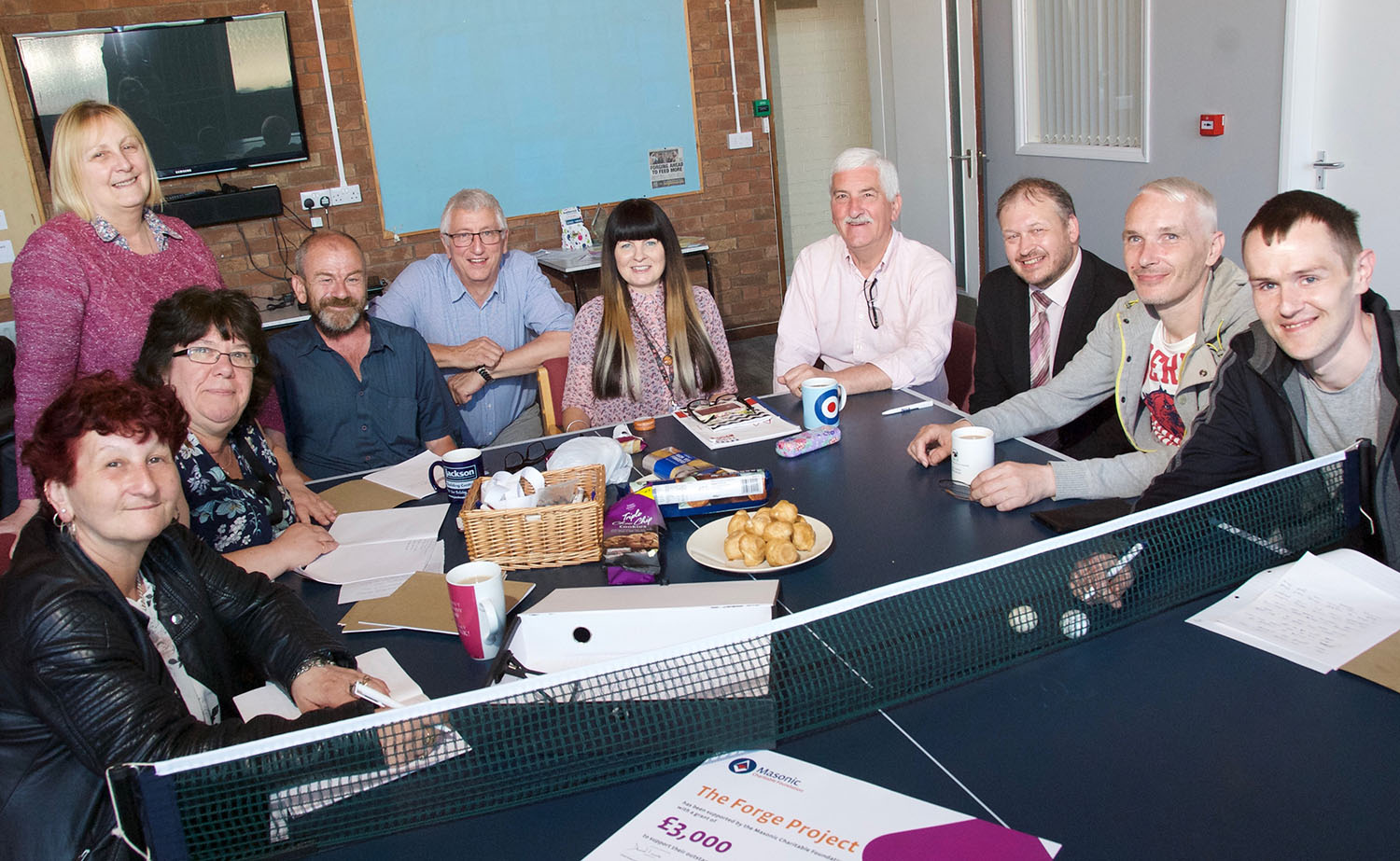 Freemasons have stepped in with a £3,000 donation to help Scunthorpe’s Forge project meet the growing demands for its services amongst those in poverty and suffering homelessness.

The service, based on the town’s Cottage Beck Road, is facing more demands for help than at any time since it was launched almost 20 years ago, and this latest donation will be used as part funding for a part-time support worker to help meet the need.

The money is a donation from the Masonic Charitable Foundation, which last year supported more than 400 non-masonic charities across the country with a share in almost £5m. The donation was made by representatives of Scunthorpe’s four Masonic lodges, who were able join some of The Forge’s service users in a creative writing workshop.

The Forge is managed by Andrea Houghton, who said that staff had established partnerships with other agencies such as social local housing authorities, drug agencies, mental health agencies and social and private landlords, and as such was a hub at which those in need could access services in a safe and supportive environment. She said that by working closely with these agencies they were able to get help to where it was needed quickly.

The centre is now open for five mornings a week to provide support with a range of issues, and three afternoons a week for creative work. Lunches are provided, cooked by the service users themselves, and there were shower and laundry facilities, which had been introduced as the result of other financial help.

Andrea said: “A number of factors, including changes in the benefits system, have meant numbers attending our Day Centre have almost doubled, and we can only see these numbers increasing.  We say The Forge is about opportunities for change; it’s about helping people to help themselves, and build in them the resilience to be able to do that.”

Freemason Stuart Pearcey said: “The funds from the Masonic Charitable Foundation – to which all of the UK’s Freemasons contribute – are an example of how we can support the work of non-Masonic organisations. Having funds available means that people working in support of the community can make a more effective contribution than they would otherwise be able to do.”