Guidance on holding meetings in 2022 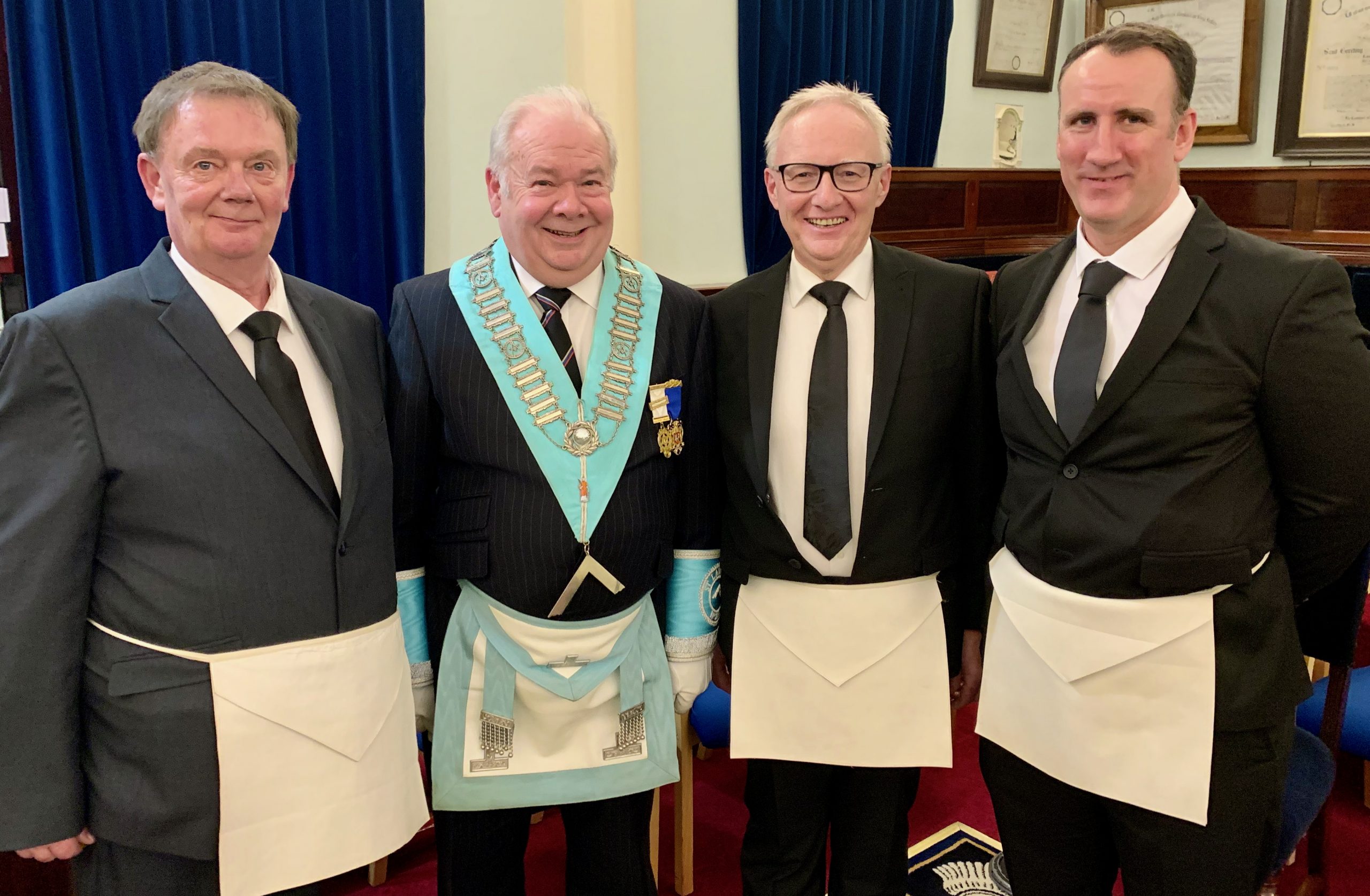 Dave Gibson with the three initiates to St Lawrence Lodge

The first ceremony of 2022 for St Lawrence Lodge in Scunthorpe was a landmark event, featuring not only the first-ever triple initiation into the Lodge, which was created in 1885, but also the presentation of a 50-year long service certificate.

The long service certificate was presented to Peter Cooper by Provincial Senior Grand Warden Stuart Pearcey, who reminded members that Peter’s contribution was largely unseen, but important to all of the Lodges and other orders meeting in the town, since Peter had been a member of the Scunthorpe Masonic Building Management Board for a number of years, and was currently its chairman.

Peter was also Master of the Lodge in its centenary year of 1984, three years before Inner Guard Tom Murray was born. But ensuring the strength of the Lodge for the future, Tom brought in one of the initiates; his father-in-law Ian Needham. After the ceremony Ian said he wished he’d joined years ago.

Also initiated were Phil Allen, who would have been a member in April 2020 had the pandemic not forced a halt to meetings, and Rob Lang. The pictures show Peter Cooper being presented with his certificate by Stuart Pearcey; Tom Murray with his candidate and father-in-law Ian Needham, and all three initiates with Lodge Master Dave Gibson (from left) Bob Lang, Dave Gibson, Ian Needham, and Phil Allen. 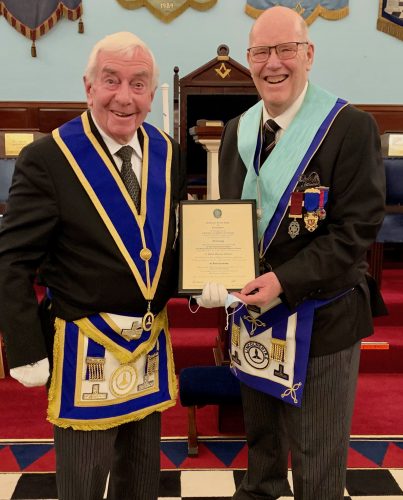 Peter Cooper is given his long service certificate 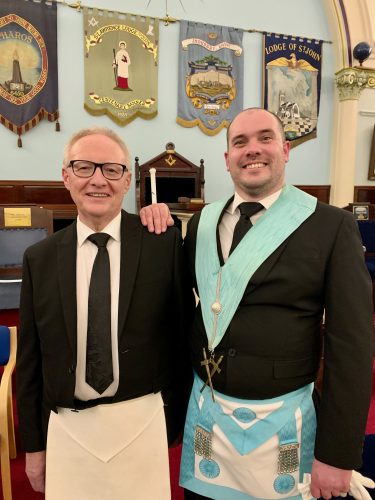 Tim Murray welcomes his father-in-law as a new member