Learning more about Chapter 9: Secrets of the Principals’ chairs 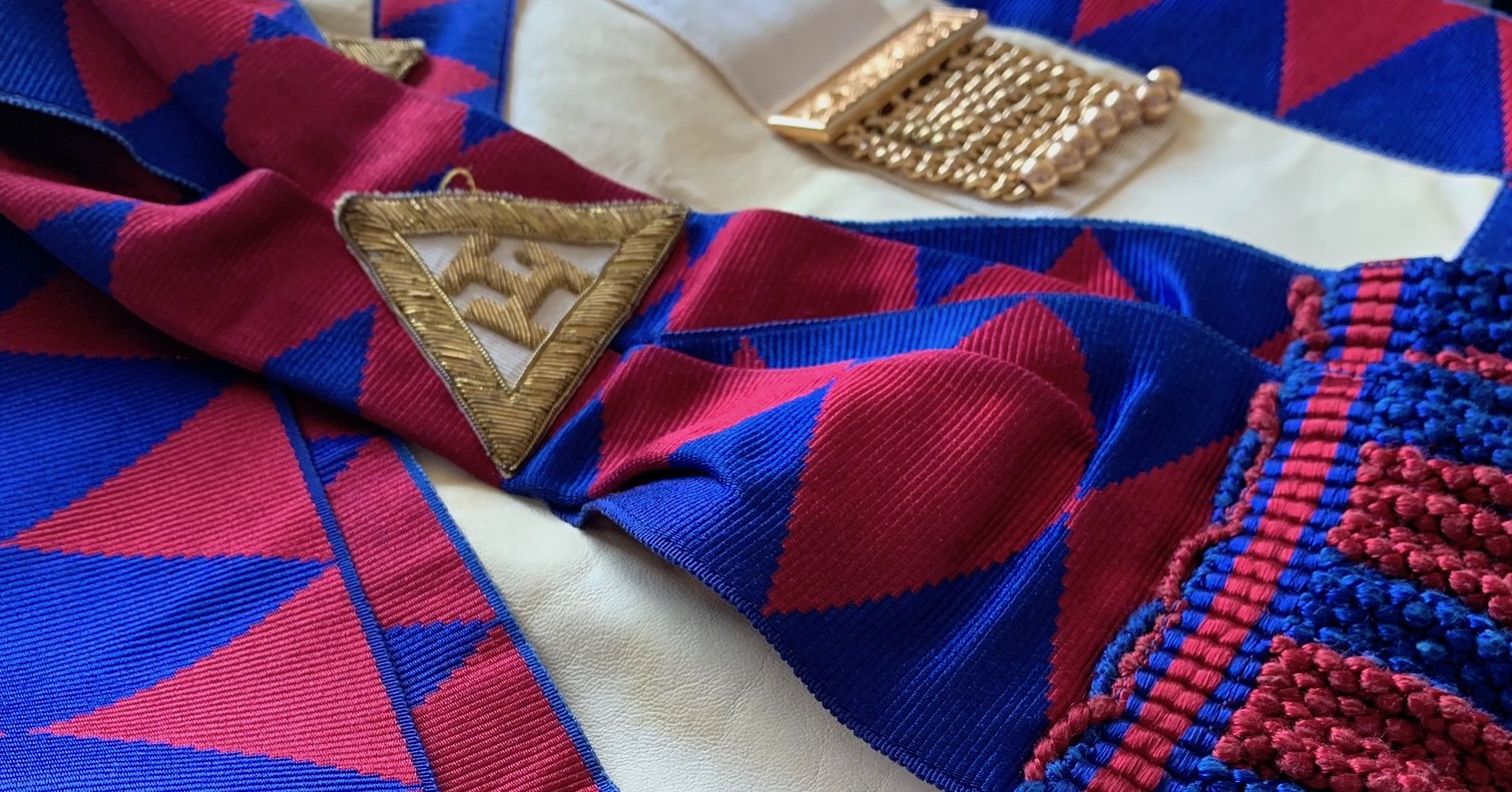 This text is taken from Solomon, a huge online repository of Masonic knowledge. To explore it fully, please visit its dedicated web site at this link, where you’ll be able to explore the range of learning modules available, and have no difficulty in achieving that sometimes-elusive ‘daily advancement…’

Fred had taken Charlie, a new Companion, to see Exaltation at a nearby Chapter. Without office there Fred could sit alongside and offer an explanation. It had been a good ceremony and during the car-ride home Charlie had now seen enough to ask questions.

‘What’s so difficult about the organisation of a Chapter that it needs three people – Zerubbabel, Haggai and Joshua – to govern it?

Fred smiled. ‘The Book of Constitutions is just the same for both Craft and Royal Arch so the administration is no different; we have the same system of summons, agenda and voting. The officers are pretty well the same too but they obviously have different titles – the Craft was all about the building of Solomon’s Temple; the Royal Arch story is about its rebuilding 500 years later.’

‘The organisation of a Masonic lodge or chapter has not really changed much over the past two thousand years since the time of Vitruvious, the great Roman architect. He insisted in AD 100 his lodges should have a secretary to record the decisions, a treasurer to balance the books, a guard to secure the secrets, a verger or two to escort the members and a head-honcho (‘Warden’) to keep order.’

‘Remember, Charlie, when you become a Warden, the Master said that he is appointing you to help him run the Lodge – well we have three rulers in lodge and three in chapter, just the same.

Charlie thought for a while. ‘The atmosphere seems a little different, more relaxed… Why’s that?’

‘Well many men who enter Craft, Charlie, don’t really know what they are joining. They can sometimes become disillusioned about all the fundraising, sometimes they fret about offices or promotion. It can make for a little tension. In Chapter, you know exactly what Freemasonry is all about and the other Companions are old lags like yourself. Simply put, you’re amongst chums.’

‘But Fred, Chapter must have problems?

‘There are, Charlie, believe me there are. First off, some Masons may remember the name Solomon but few know who or what Zerubbabel stands for. We just don’t do Old Testament stories in schools any longer so the names in our Chapter ritual mean absolutely nothing. Secondly, having just one Installation and three Exaltations a year – and not always that – there is no momentum to support chapters of instruction. The only practical means of providing information is often hand-outs from Province or a Preceptor….and you know how little Masons like reading! ‘

‘Sometimes a third problem occurs. The story is a good one but because the words and meaning are unfamiliar to an Exaltee it is vital that they are delivered slowly and at a rate that he can take it in. So often the Usain Boult approach to the tape leaves the Exaltee thoroughly confused rather than enthusiastic. He is after all the be-all and end-all of any piece of ritual.’

‘There’s another thing, Fred. Right at the end the Exaltee is told that a complete understanding of the Degree’s secrets can only be obtained by passing through the three Chairs. There’s then a dead silence and they don’t ever seem to be mentioned again. Do we know what they are?’

‘That’s a tough one, Charlie. I can only say that when the Royal Arch first emerged England was a strongly Christian society – three Services and mutton on Sunday – that sort of thing. In that the Ramsay Rite had nine degrees leading up to a strongly Christian knight-crusader degree recovering Jerusalem from the Saracens it is reasonable to assume that the gateway to this Rite, the Royal Arch, was also strongly Christian. All religious references were stripped out of the ritual in 1834/35 but we can still find traces from the Anglican Book of Prayer in the Collect and Gloria in the opening and closing. There may well have been other secrets in the ritual known to just the three Principals but, unless some castle library finds an early ritual book, sadly we shall never know.’

‘However an alternative secret might be on offer. It may have been the word ‘JA-BUL-ON’ which was removed from our ritual about thirty years ago. It hinted at a common source from which all religions have grown but our clergy members didn’t approve of it.

‘The explanation I find most persuasive, Charlie, stems from the C17/C18 Age of Reason from which Speculative Freemasonry took root. It recognised that Man had three natures – body, mind and spirit. A ‘successful life on Earth’ was one in which all three of these was developed to the very limit of that man’s potential.’

‘How does that come into the re-building of the Temple?’ said Charlie, somewhat confused by too much information (Fred’s great weakness!).

‘Charlie, If we identify Joshua with the world of the spirit, Haggai with the world of the mind in its prophecy and philosophy and Zerubbabel with the domain of social responsibility then you have created the three antitypes of the Age of Reason. It would follow that only after having passed through all three Chairs can one be equipped to live a truly balanced life in body, mind and spirit. The secrets of a perfect life then become the supreme truth revealed by the Degree. (It also spells out for us the reasons why those three historical figures of Z, H and J were chosen rather than say Ezra, Jeremiah, Nehemiah or Cyrus.’

‘Many, many thanks, Fred. My gosh, you’ve given me a lot to think about…’

… – but we’re nearly home. There’s the Masons Arms – a quick half? Fred, you must be as dry as the proverbial birdcage…’!’