Ready for a curry night in Louth? 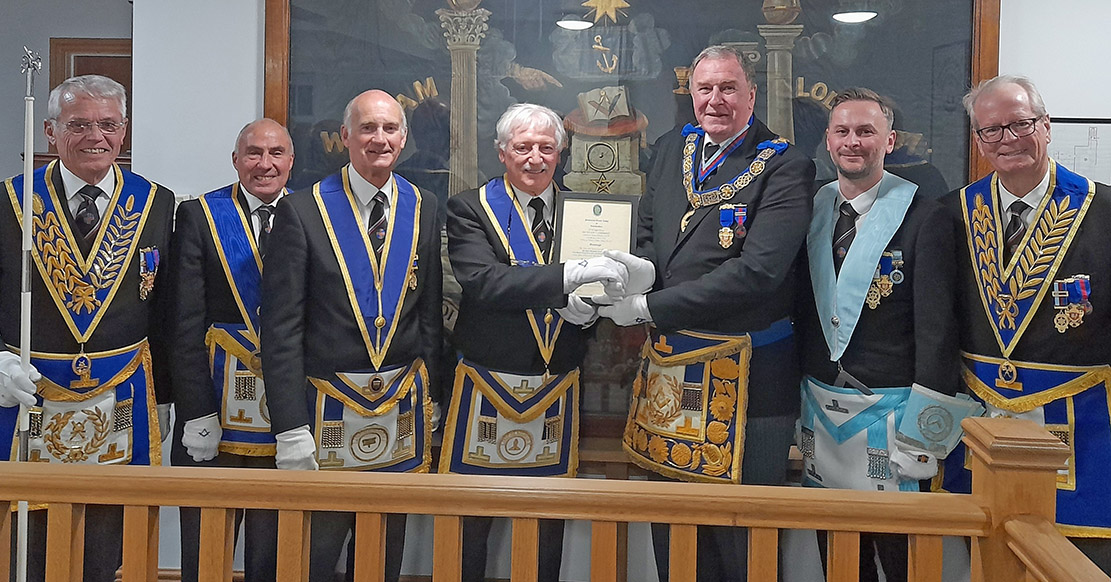 Duncan Cameron got a surprise when he went to the latest meeting of Lincoln’s Witham Lodge –PGM Dave Wheeler made an unannounced visit to give him his 60-year certificate!

Duncan’s history is unusual in that he was initiated into the The Lodge of Dunblane No.IX, chartered 1695, in Scotland. All of Duncan’s male relatives were members of the Lodge so, as he said, he was ‘born in to Freemasonry’.

Dave Wheeler said: “Duncan was initiated in March 1962, and joined Witham Lodge in 1979, where he has been an active member ever since. As a tribute to his service and a mark of great affection, Witham Lodge members gave him an engraved cut-glass decanter and glasses. An even more appropriate gift was the return of his cheque for his festive board meal; Duncan had joked during the presentation of his certificate in the lodge he was hoping I would pay for his meal!

“In 1995, when Duncan was in the chair of Witham Lodge as W. Master, the Lincoln Lodge ‘sister’ Masters attended each others lodges at every meeting. Two of them attended last evening; I was one of them, and Ed Walter the other. Eric King  and Brian Daulton would have joined us too, but Eric was on holiday, and Brian’s ill-health prevented him from being there. I was able to read a card from Brian Daulton passing on his congratulations to Duncan.”

It was also an initiation ceremony, and Dave added: “It was great to pay tribute to an older member of the lodge whilst welcoming its newest member Bro Chris Jones.