Hermes: The countdown has begun 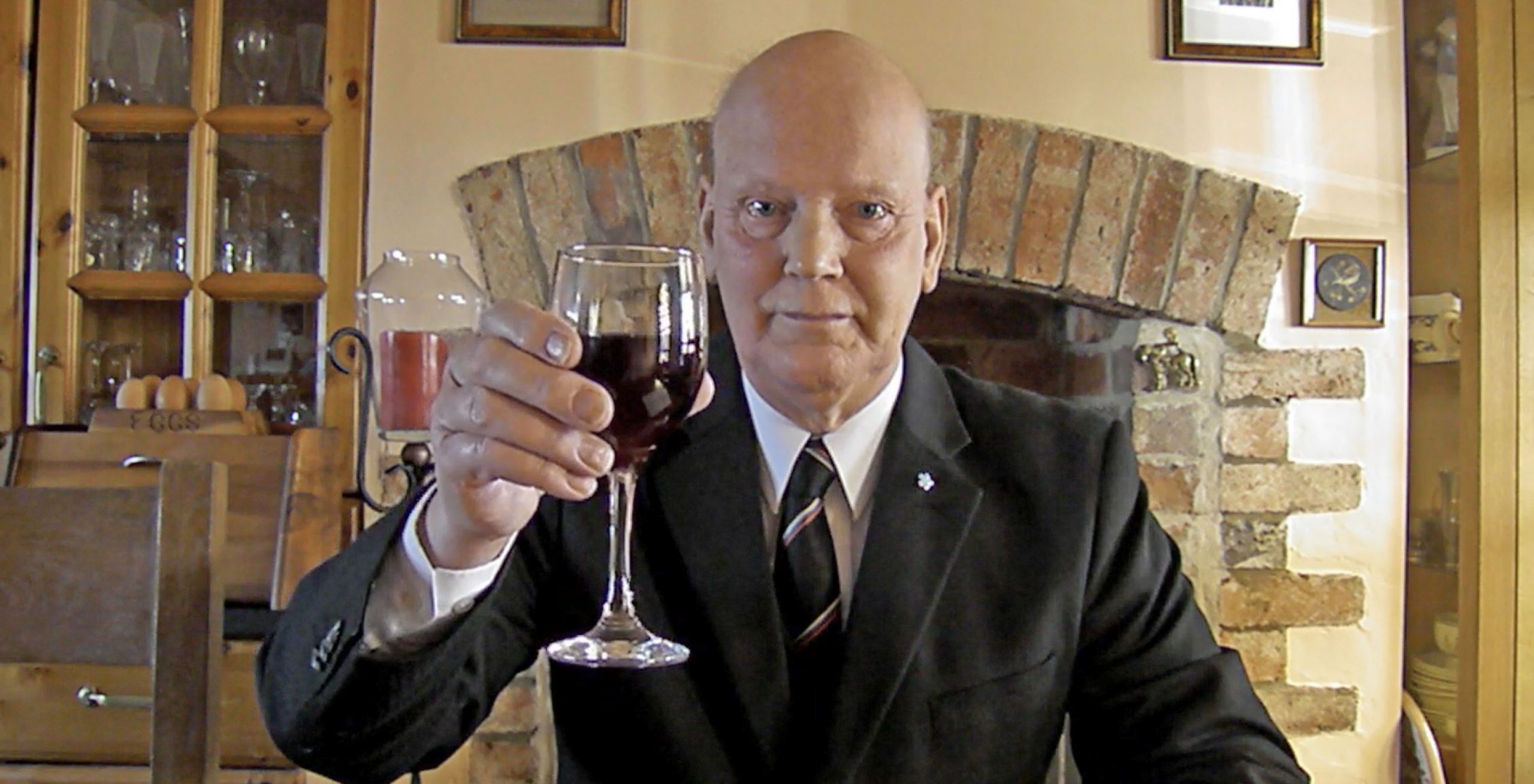 Cheers, says Steve via video. as he says: "I didn't smile much on the video!" Notice his highly-appropriate forget-me-not lapel pin...

Thanks to technology, being half-way through a course of chemotherapy didn’t stop Steve Harrison from taking part in the installation ceremony of Ashlar Lodge – even though he couldn’t be there.

In a surprise to all but one or two Freemasons at the ceremony, he’d recorded the toast to incoming master Alec Clench, who’s been his friend for more than 20 years, and was the first member he’d brought in.

His toast was shown on the Lincoln Masonic Centre’s permanent multifunction IT system – and to keep Steve involved whilst he remained isolated at home, Lodge Liaison Officer Stuart Pearcey called him on a WhatsApp video call so he could take part ‘virtually’ for the rest of the speeches.

Said Stuart: “It’s not something I’m aware of us ever having done before in Lincolnshire, but it worked really well. Steve’s the Lodge Secretary, and still works hard at the job even though he’s not able to attend meetings. Using a WhatsApp call meant that although he was watching from home we brought him as close to being in the room as we could.

“PGM Dave Wheeler and Alec were able to address personal messages to Steve just as they would have done had he been there, and to compliment him on what he does for Freemasonry in general and Ashlar Lodge in particular. It was magical to do this for him.

“The camera work, which was a joint effort between me and Chris Fletcher, might have been a bit wobbly, but that didn’t detract from what we did.”

APGM Bruce Goodman said involving Steve with a WhatsApp call had been awesome in its simplicity. “I hope other lodges can take inspiration from this, and involve other members in meetings when they can’t be in the room. Ceremonies can’t be streamed, but there’s nothing to stop sharing of the enjoyment of the festive board.”

Steve’s treatment will be almost over by the time of the Provincial Grand Lodge meeting in May, when he’s to be invested as standard bearer in the active team. He said: “l’m determined to be there, even if I have to wear a space suit.”

STEVE NEVER STOPS: He says: “What we did might encourage other centres to gear up with this sort of technology to enable them to do such viewings, and of course then attracts outside hirings, knowing that they can run presentations.  We are in a technological world, and Freemasonry is moving forward, so it seems logical to do this sort of thing. I would be more than happy to assist centres in setting such systems up.”