The Advent of the second lockdown

Freemasons’ fabric to be used for 1,000 facemasks for the community 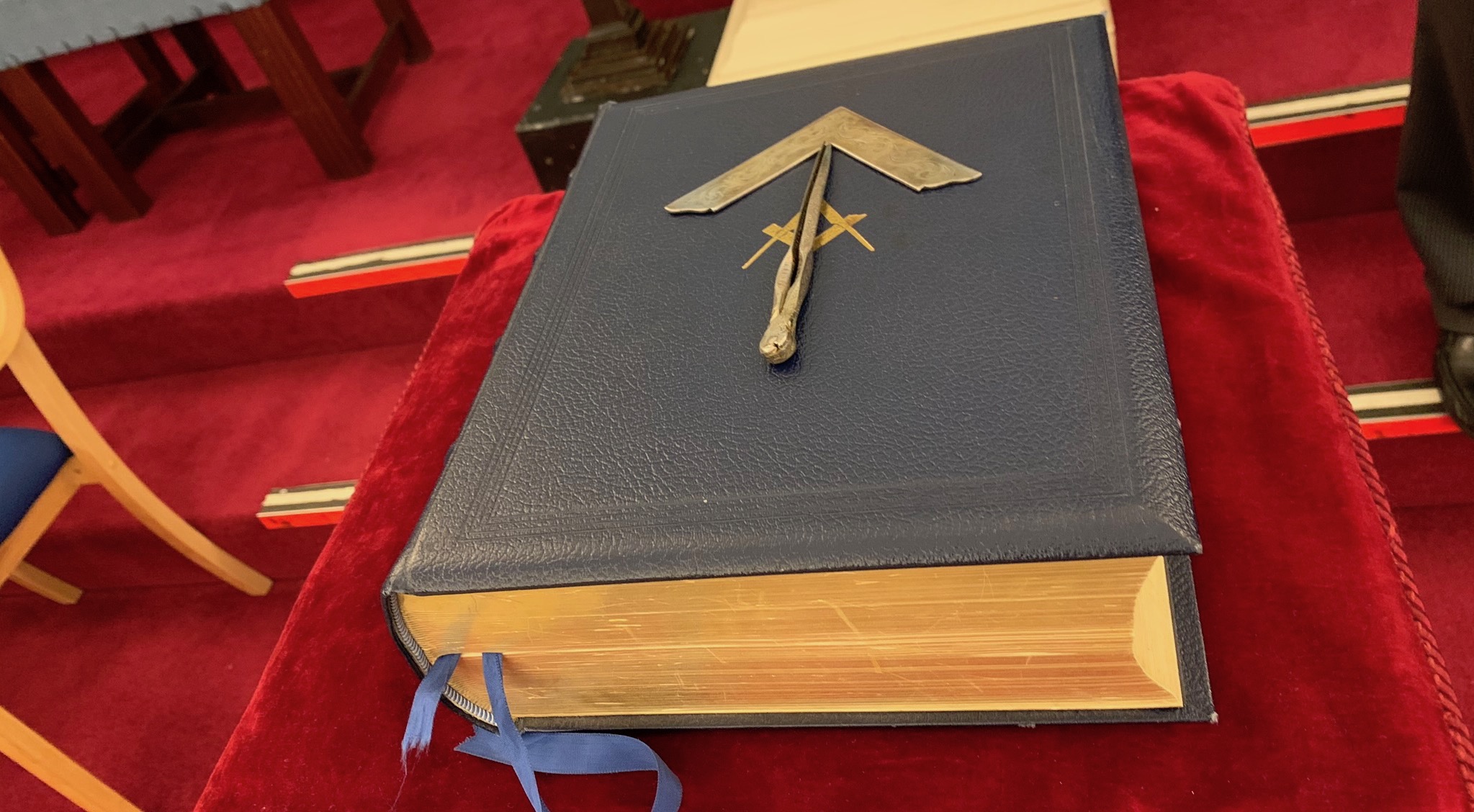 by Rev. Dr. Brian Roberts, Provincial Grand Chaplain
Brethren, we are close to the beginning of Advent and hopefully the end of the second lockdown. You may recollect that a few weeks ago I asked the question ‘what you did you do in the lockdown?’ I didn’t receive any answers, nor did I expect to! At the time of asking the thought of going through a second period was not even being contemplated!

You may have thought that we were the first to do such a thing, but I discovered recently in a new book by Eleri Lynn, a curator of the Historic Royal Palaces, that Henry the Eighth and his daughter Elizabeth were very familiar with quarantine. Lynn discovered that Henry would often isolate himself with his musical instruments and books at the least hint of plague or any other form of sickness, with meals passed through hatches to his chamber – though if we were to look for a role model for our own lockdown, Henry the Eighth is perhaps not quite the one that springs to mind!

However, in the here and now, having ‘done’ the first lockdown we were not expecting to have to strengthen our sinews for another dose. Yet here we are again. How have we managed?  I suspect that in some ways it has been harder because it wasn’t wanted or expected, and those who suffered before, either mentally, financially, or health wise would have been  frightened of what was to come. The second certainly seems longer, and most people I have spoken to feel that these days have dragged, perhaps because the weather is a lot different to the warm spring that we were lucky to have had in the first spell.

In another way, perhaps it was a little easier, having been through the process before, and certain things that were previously inaccessible have been opened up as some outlets have gained experience from the earlier period. Nevertheless, whatever gloss you try to put on a lockdown it is no fun for social creatures like ourselves who miss our friends and colleagues in the context of the Masonic work we love.

Perhaps now that news on the vaccine front is improving then the hope must be that the next few months will be brighter than the last few, and that to shake hands with brethren in person rather than talking to them through a screen is something to be looked forward to. In the interim, the technologies available have helped tremendously to keep in touch in a way that would not have seemed possible had the pandemic occurred several years earlier. So we must be grateful for such mercies as we have to help us at this time.

We must be especially grateful to those Masons whose charitable efforts have shown the way in putting others before themselves. The New Testament Book of James contains these words: ”Ye see then how that by works alone a man is justified, and not by faith only.” The works that brethren carry out are a fundamental expression of faith under whatever banner they use, as well as being the practical expression of true Masonic principles of charity.

It has been truly heartwarming to read about the efforts that Masons have put in to raise funds for the needy, either within their own communities or for the Festival. The humbling efforts of our colleagues deserve high praise whether they be large or small. There have been marathon cycling and walking efforts, a skydiving exploit, support for food banks, help for residential homes and hospices, as well as help for needy young people, and many more deserving causes. As a positive spin off, such efforts have generated a lot of publicity for Masonry locally and nationally, with a recent flyer from United Grand Lodge telling of 291 articles nationally regarding financial donations,158 articles publicising what has been done for food and meal donations, and 61 articles telling of support specifically for children. Since the pandemic began the same document states that there have been more than 44 million views of articles containing coverage of our members’ efforts. All of this is to the credit of Masonry and the Lodges concerned. During this second lock down spell the 75thanniversary of the ending of World War Two took place on Remembrance Day, with a moving ceremony in Whitehall and a spectacular lighting of poppies on the facade of our Grand Lodge building, Freemasons Hall in Great Queen Street.

It is in keeping with the spirit of a rapidly-approaching Christmas that charity and the remembrance of what others have done is so important at this time of year. Advent is named from the Latin ‘adventus’, meaning coming or arrival. It is a time of contemplation whilst awaiting the second coming of Christ. The liturgical colours change from green to purple on the first Sunday in Advent which would have happened this year on 29th November if we had not still been in lockdown. It is a period of hope, during which time ceremonies specific to Advent take place, including the lighting of Advent candles culminating in the last being lit on Christmas Day. Of course Church activity has been severely curtailed this year, and it is uncertain yet in what form, if any, Christmas services will be allowed to take place. There will be on line worship in some Churches, but as with our Masonic meetings, the congregations have missed the social interaction and the singing, as well as the traditions and formats of the ceremonies. Whatever takes place, even if more limited than normal, I wish you well and of course the compliments of the season to you and your families.

In keeping with the spirit of anticipation and thanksgiving at this time of year let us continue to think and pray for those less fortunate than ourselves at Christmas – a time of year when a sense of loneliness and loss is heightened.

If you are not able to attend a church or your other preferred place of worship please use this short prayer during Advent and the Christmas period as a comfort to yourself and others:

Let us pray that The Great Architect of the Universe will help us to understand and appreciate the celebration of Christmas;

Let us pray for those for whom this time of year is a time of loneliness and sadness that they may experience the warmth of the Great Architect’s presence;

For all leaders that they ensure that the poor and vulnerable have not been forgotten;

For those who might have to travel this Christmas that they may do so safely;

For our own special needs this Christmas. Amen.