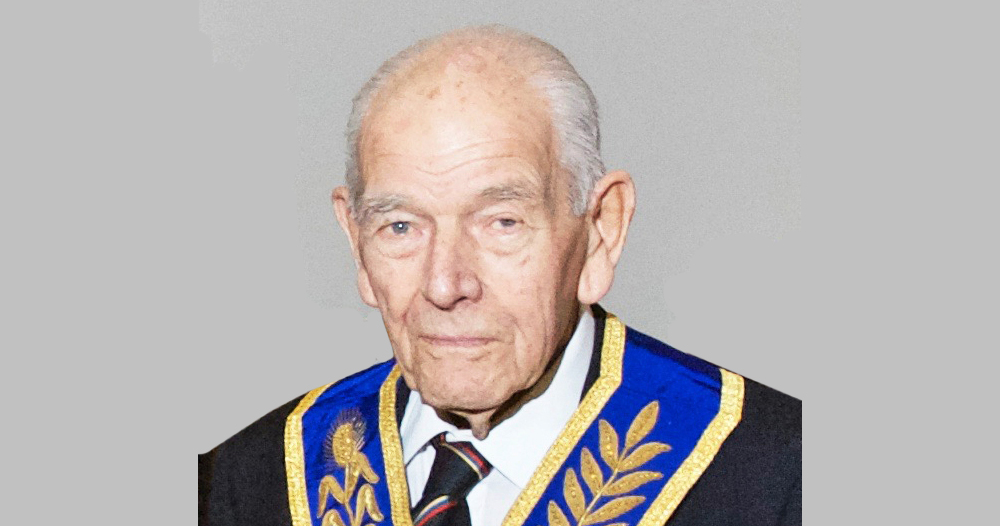 Right Worshipful Brother Geoffrey Mawer Cooper, right, who was Lincolnshire’s Provincial Grand Master and Most Excellent Grand Superintendent between 1981 and 1997, has passed to the Grand Lodge Above.

He was 97 years old, and as well as having been a Freemason for 64 years, had also been a Past DepPGM and Past APGM, and was also a Past Inspector General in the Ancient and Accepted Rite for England and Wales (Rose Croix) in Lincolnshire.
In the Royal Arch, the Geoffrey Cooper Chapter of Installed First Principals, consecrated in November 2002, was named in his honour, and he was its organist until his passing.
He was a founder member of the Lincolnshire Bicentenary Lodge of Installed Masters, where he was made an Honorary member in 2016. He was a member of Bayons Lodge in Market Rasen.