A group of Lincolnshire Freemasons have toured Lincoln Cathedral in a ground-level tour. It was supposed to have been a visit to the rooftop, but an admin hitch kept the party at ground level.

The Cathedral was said to have been the tallest building in the world upon the completion of its 160 metres (520 ft) high central spire in 1311; if so, it was the first building to hold that title after the Great Pyramid of Giza, and held it for 238 years until the spire collapsed in 1548 and was not rebuilt.

Had the central spire remained intact, Lincoln Cathedral would have remained the world’s tallest structure until the completion of the Washington Monument in 1884. For hundreds of years the cathedral held one of the four remaining copies of the original Magna Carta, now securely displayed in Lincoln Castle.

The Cathedral, which is the UK’s fourth largest by floor area (only Liverpool, St Paul’s and York Minster are bigger) attracts about 250,000 visitors each year. It was the backdrop to Lincolnshire’s Tercentenary Service in 2017. 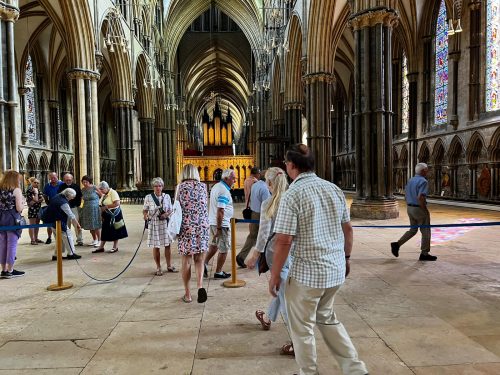 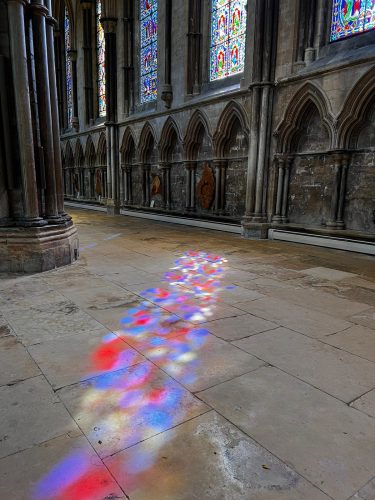 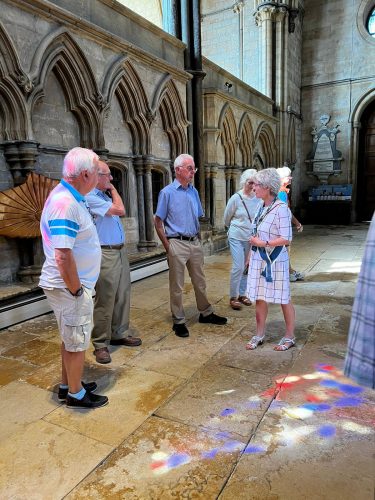 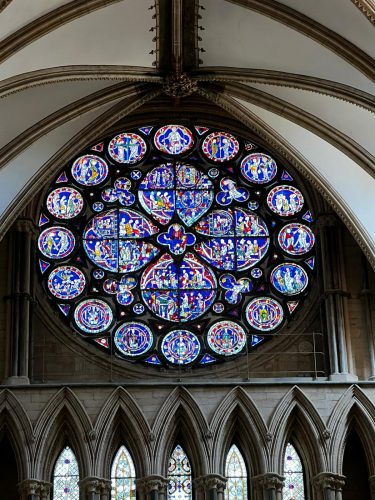 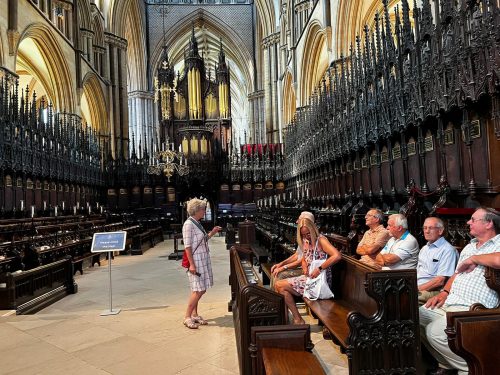 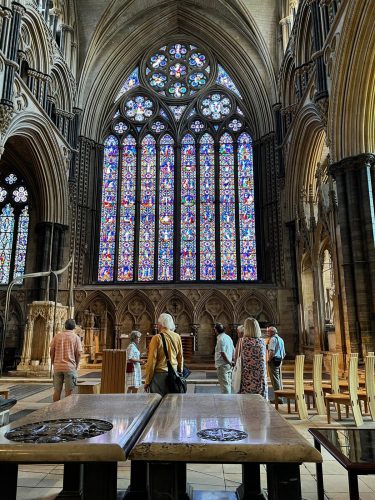