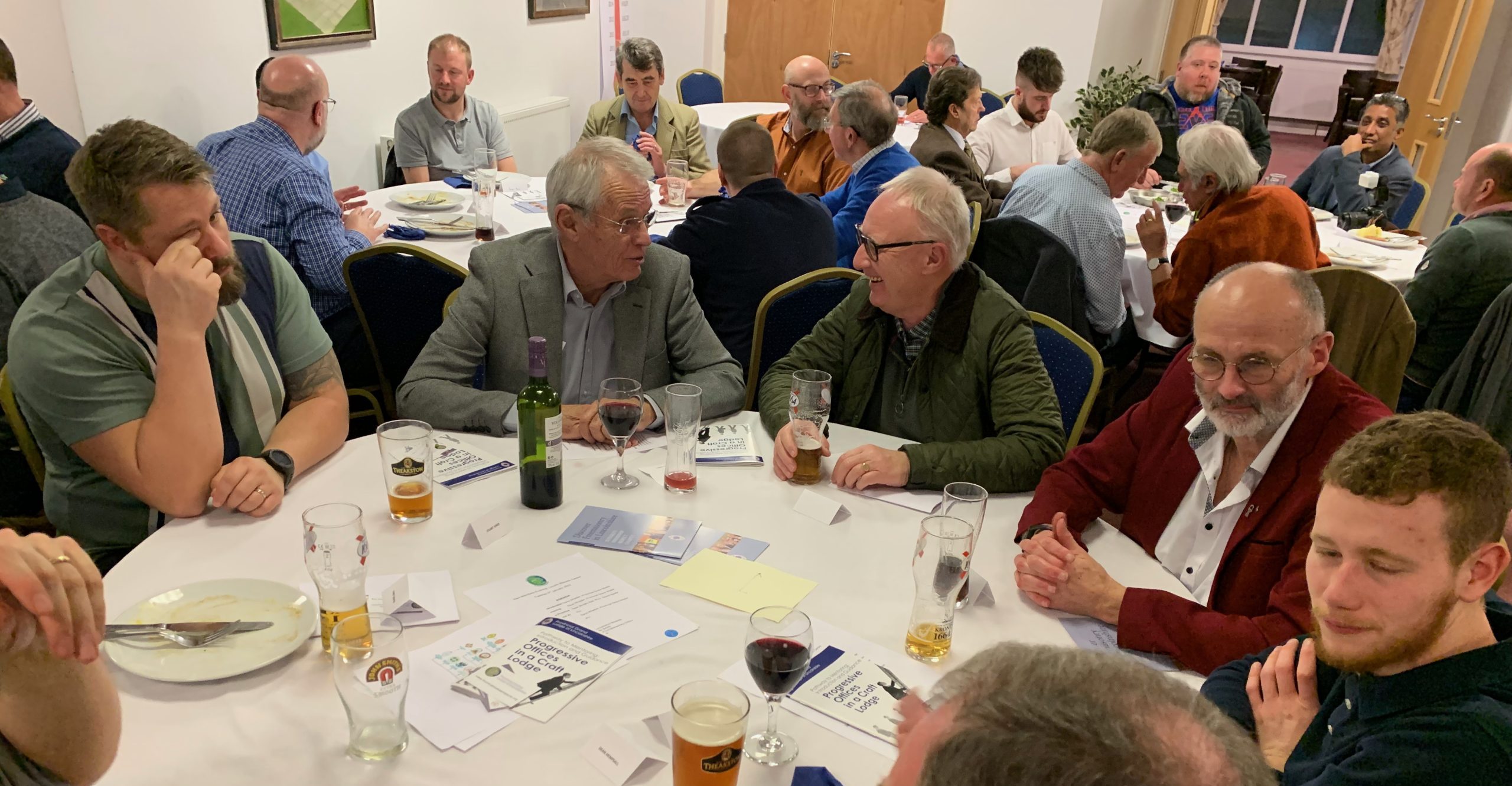 More than 50 Lincolnshire Freemasons have met for a landmark ‘new members’ evening for the opportunity to put questions to members of the Provincial Executive.

Organised by John Mallett of Wellow Abbey and the Free Wheelers Lodges, it was an event aimed at brethren in the earliest stages of their Freemasonry with a view to removing some of the mystery about the craft.

PGM Dave Wheeler opened the event encouraging questions, followed by a presentation from APGM Peter Brooks to outline the structure of Freemasonry not only in Lincolnshire, but worldwide.

Questions that came up during an open session and afterwards over sausage and mash, funded by the Province, were wide-ranging, and included the mechanism for deciding which charities should receive financial awards, and how those decisions were reached, to the colour of masonic regalia and what it signified.

Feedback from the event will now be collected, and will be used to set a pattern for similar events in the future.