Meeting an alien on the beach: Day 3 of Chris Jones’s 7,000-mile Round Britain walk 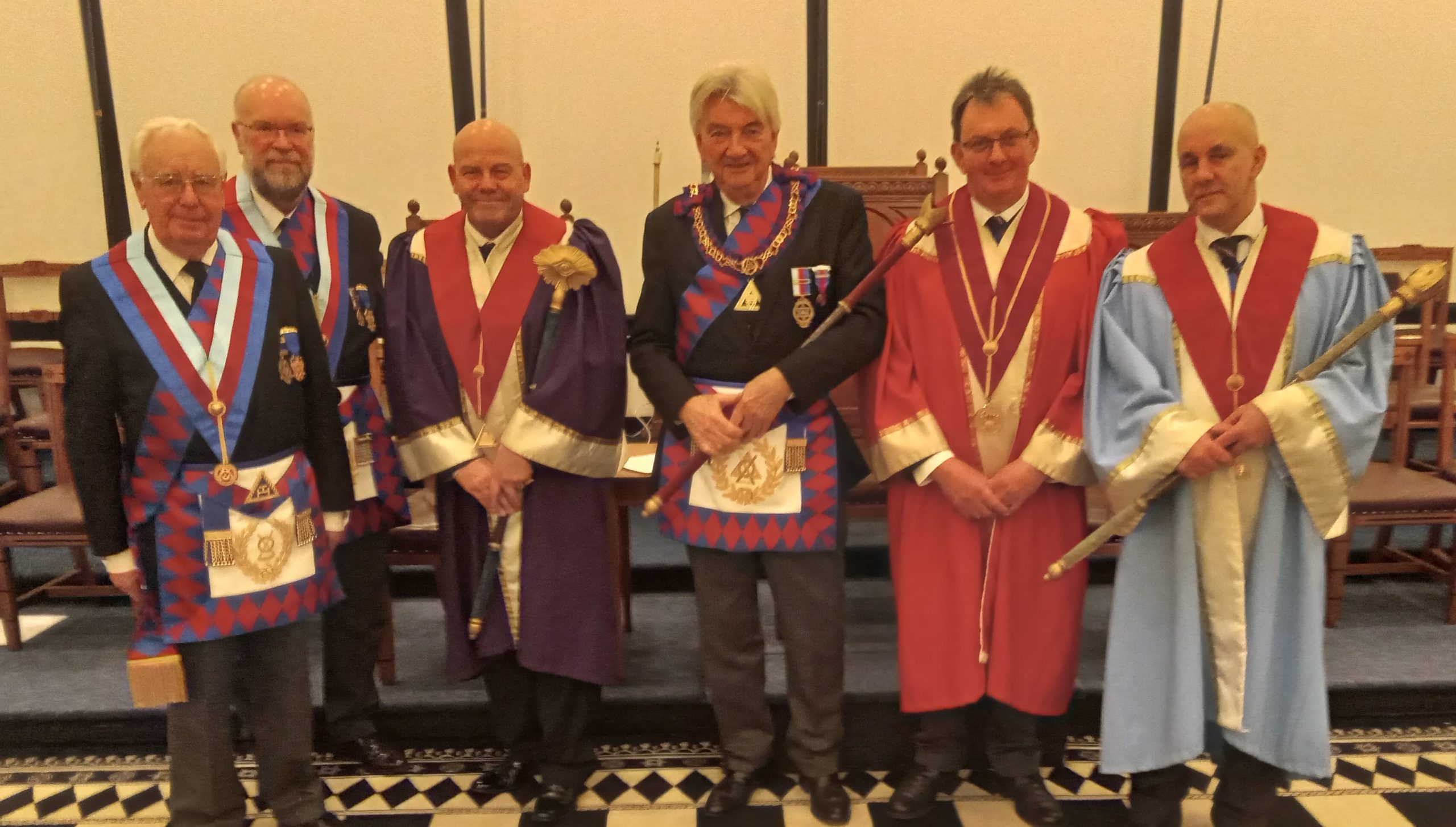 Tim Barker got a surprise birthday present when he offered the sceptre to Provincial Second Grand Principal Mike Rix at the latest meeting of Kitwood Chapter in Grimsby – because he took it!

“It was a spontaneous gesture,” said Mike. “I was going to decline in the normal manner, but when Tim said it was his birthday and he was hoping to have the night off, I decided I’d accept – and that left him open-mouthed.”

It wasn’t such a huge leap for Mike because there was no exaltation. The meeting was taken up with a talk by Ian Pounder, who took as his title “Why did Cyrus let them go” explaining that whilst Cyrus has a small part in our ceremony he has a vital part to in the Royal Arch.

Said Mike: “Cyrus is not from one of the 12 tribes, one of God’s chosen people, he is a Persian, a Gentile yet he is the main sponsor of the rebuilding of the Temple which of course further reinforces the principle that the RA is for all men.”

Mike’s role with the sceptre continued at the Festival Board when four, rather than three, Principals were toasted.