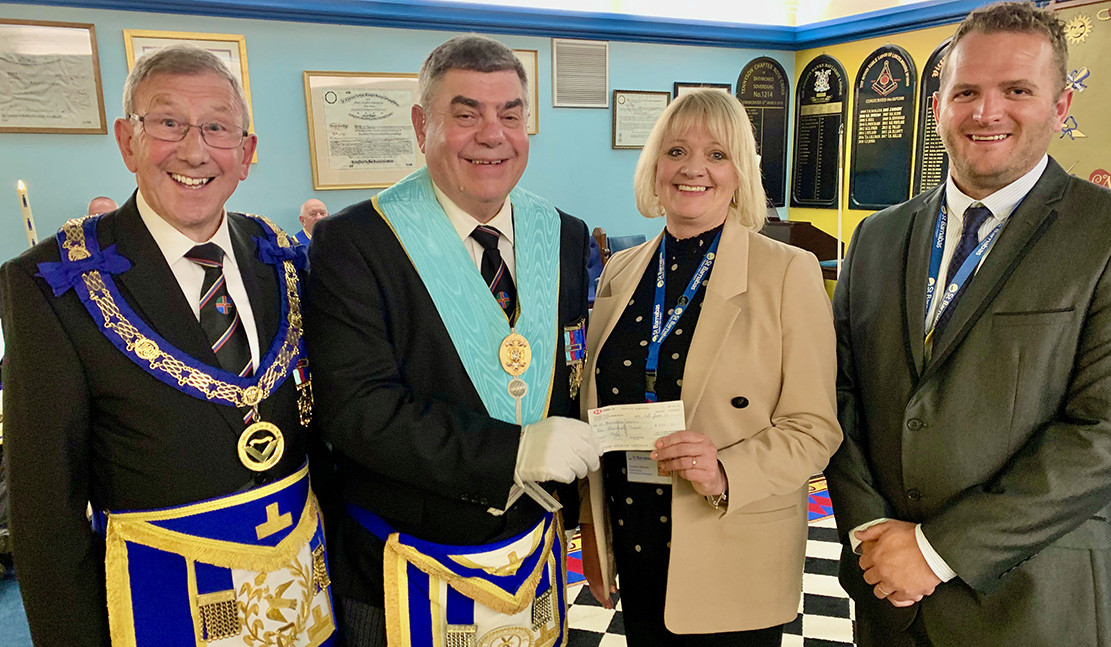 Anyone registered with a GP anywhere in Lincolnshire can access services offered by St Barnabas Hospice – a fact not widely known, according to Caroline Swindin, the Hospice Fundraising Development Manager.

It was just one of the facts shared when she delivered a ‘mythbusting’ talk to Freemasons of the Bicentenary Lodge of Installed Masters at Horncastle, when members were pleased to give her a cheque for £500 to help sustain the service, which has been running for 40 years in the county.

Amongst the myths Caroline clarified were that:

Said Caroline: “It’s important for people to know that support is available for anyone 18 years old and over anywhere in Lincolnshire. We offer care and support for as many people as possible.”

Giving that care has got tougher during the pandemic, when fundraising activities were heavily curtailed – just as was the case for all charities. Whilst the charity income streams have declined, they haven’t been lost completely, but raising the necessary funds is still far from easy.

Lincolnshire Freemasonry is doing what it can to sustain the work of the whole Hospice movement. The latest donation of £500 from the Bicentenary Lodge for St Barnabas contributed to the £48,000 Freemasonry has given over the years.

We shall also be supporting the next public art trail, due to launch in June next year, when we’ve committed to be one of five Presenting Partners; principal sponsors of an event building on the Knights, Barons, and Imps trails in Lincoln. Next year will see a series of hearts not just in Lincoln, but also around the whole county, emphasising that the Hospice offers care throughout it.

Find out more on the Hospice web site here: https://stbarnabashospice.co.uk